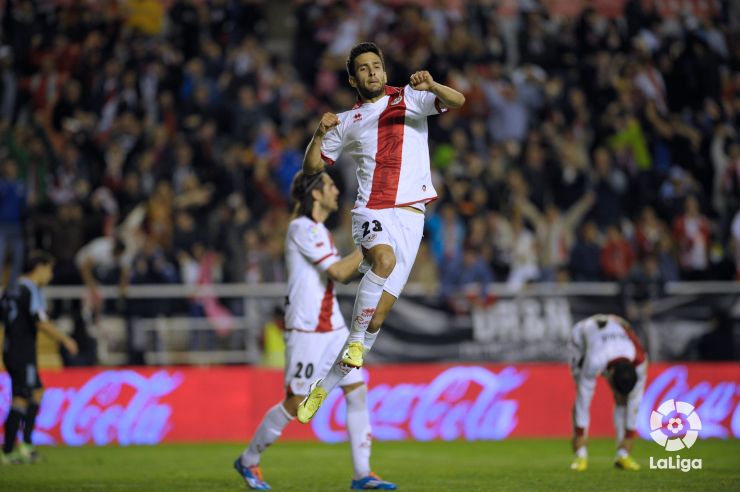 The team from Vallecas thrashed Celta, who were beaten by the desire to win and intensity of Paco Jémez's side, who move clear of the relegation zone.

Rayo Vallecano de Madrid's fourth victory in a row at home was a gem, winning 3-0 against RC Celta de Vigo. Goals from Rubén Rochina and Alberto Bueno sowed doubt in the team in light blue, who are in erratic form.

There was a lot at stake for Paco Jémez's men against direct challengers in the league their supporters knew it. With a full stadium, Rochina took advantage of a poor clearance from Yoel and Íñigo López to send the ball into the back of the net and ignite the hopes of the Madrid team. Celta froze in the following minutes and barely threatened Rubén’s goal.

The second half began as the first half started: possession and chances for Rayo, who opened up the match with their second goal. Alberto Bueno hooked the ball from outside the area and dealt a blow to the morale of Vigo, who were only able to create chances from the wings. And he added a third ten minutes later. The victory fills with confidence a Rayo who never stopped believing in salvation and who have made life difficult for Luis Enrique's side, who with 36 points are just six from the danger zone.