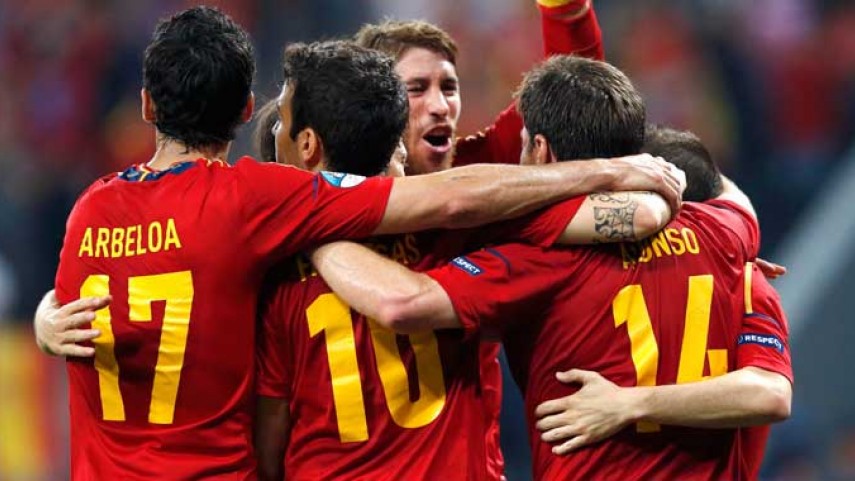 Raúl García: "The new boys have been well received. We’ve got a lot of hope"

One of the new faces in the Spain national side spoke in the build up to the game against France.

The build up to EURO 2016 has started. The Spain national side will start off with a game against the host nation, France in a friendly which takes place at the Stade de France. It is a game which sees the beginning of a new era under Vicente del Bosque.

The first to speak at the pre-match press conference was Sergio Ramos. The Seville-born centre back spoke about the new faces in the side. "We go into the game excited about the new cycle of players we have", he said. He also highlighted that despite the fact this side have had a lot of success, they are determined to continue winning. "In football you cannot live in the past. You have to look at the future with a lot of ambition". He also gave his backing to coach Del Bosque: "We are with the manager just like before. He’s the best man to lead us into this new cycle".

One of the new faces in Del Bosque’s squad is Raúl García. The Atlético de Madrid man, who represented Spain at all youth levels, is in the full squad for the time. "The new boys have been well received. We've got a lot of hope", said the man from Navarre.

Finally, the manager himself spoke, and talked about what is the key to future. "We have to call on the spirit of the past going into the future. We start a new era. Hopefully we will have the same success as we have done previously". Finally he spoke about their opponents: "France has a good World Cup. They’re a strong national side and have had some good results".