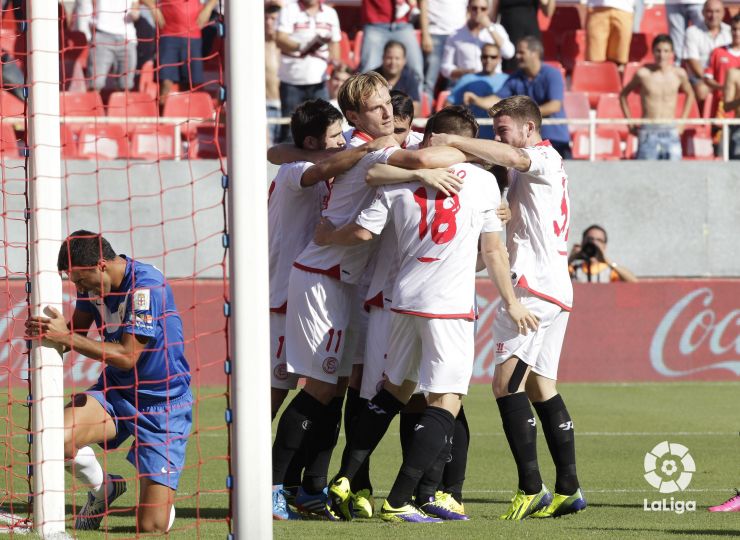 Rakitić strikes at the death

The Croat scored with a header to give Sevilla a 2-1 victory over an unlucky Almería side who have yet to win a game this season.

Sevilla FC climbed up the Liga BBVA table after a hard-earned 2-1 in over a UD Almería side who could, and should have won themselves.

The first 45 minutes were very enjoyable and even. The first goal didn’t take long to arrive, as Kevin Gameiro took advantage of poor defending from the away side. Conceding seemed to wake the visitors up, and they were soon level as Rodri notched his fifth goal of the season. Bryan Rabello went close for the hosts with a volley, whilst Aleix Vidal’s effort didn’t quite creep over the line for the visitors, and the sides went in level at half time.

The pattern of the match didn’t change in the second half, with both sides creating chances. Ivan Rakitić went close from a free kick, and Suso tested Beto from distance. In the final moments Vicente Iborra forced the visiting goalkeeper Esteban Suárez into a wonderful save, whilst Beto proved he was also up to the task, denying the Chilean Rodri an almost certain second.

Just as it looked as if the match would finish all square, Rakitić got his head to the end of a Marko Marin cross to give Sevilla all three points, and leave Almería bottom of the table.