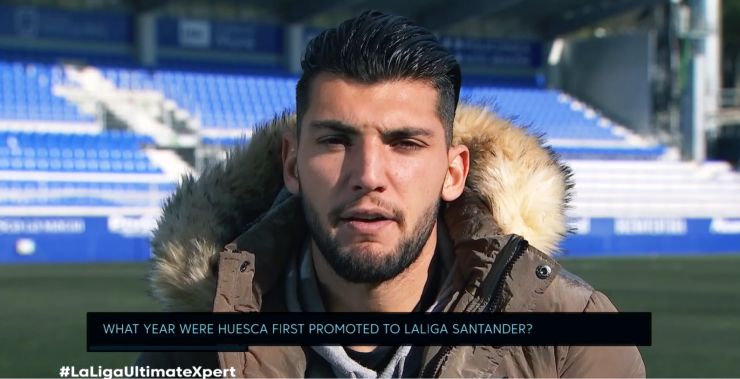 The Aragon outfit are the latest club to help out in the bid to unearth the world’s biggest LaLiga Santander boffin, with club player Rafa Mir linking up with LaLiga’s international broadcasters to put the fans to the test.

It’s SD Huesca’s turn to host LaLiga's Ultimate Xpert this weekend and to connect to fans around the world, with forward Rafa Mir posing the question "In what year did SD Huesca achieve promotion to LaLiga Santander?"

The first example we have is the Australian broadcaster beIN Sports, who in addition to having a slot dedicated to the contest on their weekly show Early Bird have managed to reach a wider audience through a collaboration with LaLiga Santander club fan pages in their country, which have shared the broadcaster’s posts.

As for Canal Plus, its campaign in Rwanda, Congo, Benin, Burkina Faso and Guinea is enjoying a lot of success. It involves publishing the question of the week on its social networks as well as local TV and radio networks, offering participants the chance to win fantastic LaLiga prizes.

Meanwhile in Turkey, broadcaster D-Smart’s promotional activity on television and social networks is continuing to do really well. At the start of the week before every matchday the broadcaster features the latest LaLiga's Ultimate Xpert question on its program, LaLiga Özel, as well as on its Twitter, Facebook and Instagram accounts.

Here are some of the broadcasters’ latest posts on social media: