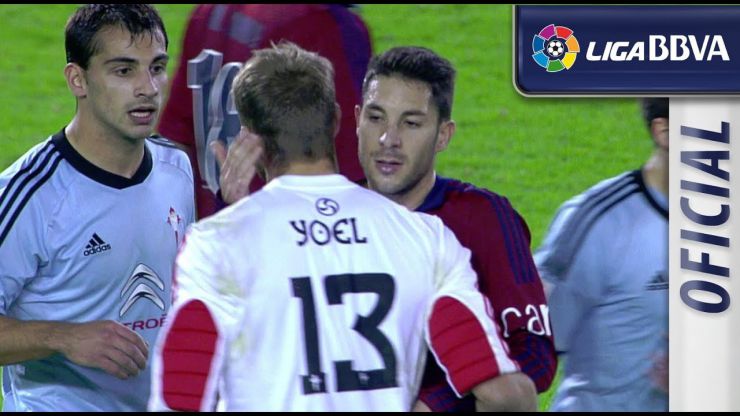 Points shared in the Balaídos

Celta equalled Armenteros' opener to make it 1-1 against an Osasuna who are now back in the relegation zone.

RC Celta de Vigo and CA Osasuna drew 1-1 in an entertaining game on matchday 17 of the Liga BBVA. The result means that the Galician side pick up a valuable point that takes it up to 15th position, while the rojillos failed to avoid ending the year in the danger zone.

The match started very well for Javi Gracia. After 17 minutes of play, Emiliano Armenteros caught the celtinha defence off-guard as he came round the back to make it 0-1, the ball glancing off his boot. Seconds later, Osasuna could have doubled their lead through Roberto Torres, who rifled a shot against the post, but it was Celta who found the net through an unfortunate own goal from Lolo after 34 minutes.

The second half proved to be very tight, although the home team were more daring going forward. Luis Enrique's men could have taken all three points, but goalkeeper Andrés Fernández, who saved Osasuna with two great stops against a shot from Nolito and a powerful header from Santi Mina, had other ideas.