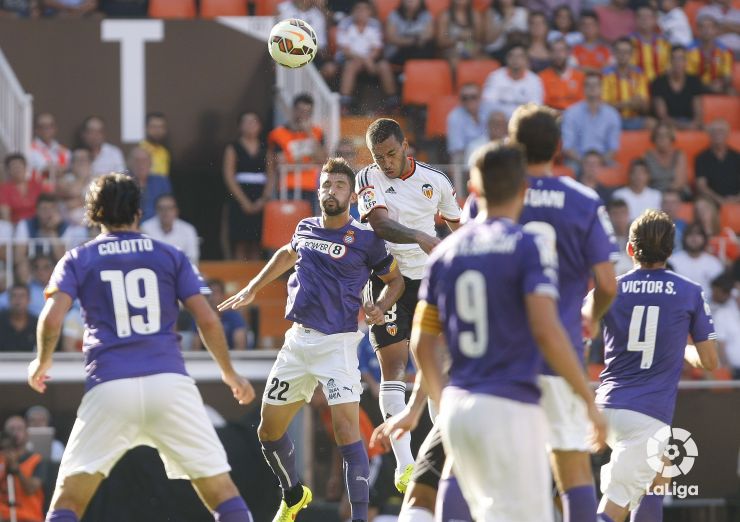 Piatti, Parejo and Alcácer give Valencia another win

Nuno's side down a hard-working Espanyol side 3-1 at the Mestalla.

Valencia CF and RCD Espanyol met at the Mestalla in the third round of Liga BBVA, and it was the home side who took the spoils thanks to an early goal from Pablo Piatti, and remain unbeaten on seven points. Espanyol meanwhile only have one.

The game's first goal arrived in the seventh minute, with André Gomes stealing the ball in the middle of the park, feeding Rodrigo Moreno down the right, who provided Pablo Piatti with the assist.

In the second half Espanyol made life difficult for Valencia, however it was the home side who went further ahead just after the hour, with Dani Parejo finding the net.

This second goal meant the home side were in control, and it was only a matter of time before the third arrived, and goal machine Paco Alcácer duly obliged. In stoppage time Sergio García tucked away a penalty for the visitors, but it was to be the home side's day, with their goal heroes against Málaga once again coming up trumps.