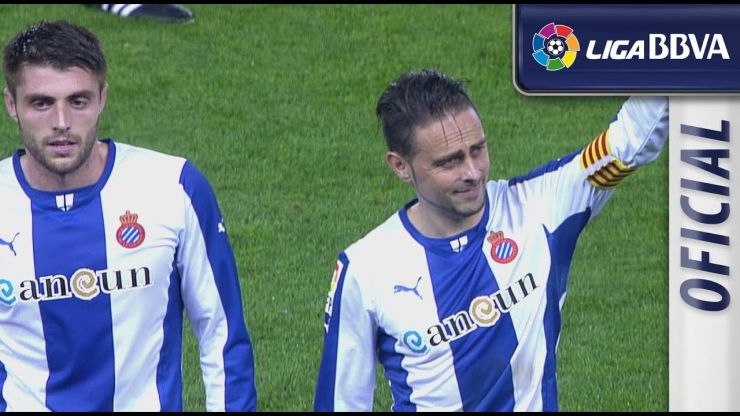 Parity at the Cornella-El Prat

Espanyol and Levante, who went into the clash with the same number of points (36), drew 0-0 and remain mid-table.

RCD Espanyol and Levante UD drew 0-0 in one of the big games of the 29th matchday of the Liga BBVA.

The parity between the two teams, both on 36 points before this clash, was also reflected on the field of play for the 90 minutes. In the first half the blanquiazules and the granotas alternated on the ball and there were not too many dangerous chances. The best came for the Catalan side, with a header from Héctor Moreno in the first minute of play that Keylor Navas repelled with a great save.

After the break, it was the visiting team who grew in intensity. Just as the second half got underway, David Barral came close to surprising Kiko Casilla with a backward header that the goalkeeper had to clear with the tips of his fingers. Soon after, Issam El Adoua also tried his luck with a long shot that Casilla once against stopped with a good save. Though Espanyol seemed to be on the ascendancy when Jhon Córdoba came on and they looked for the winning goal after Levante player Víctor Casadesús was sent off in the 88th minute, the score stayed level until the final whistle.