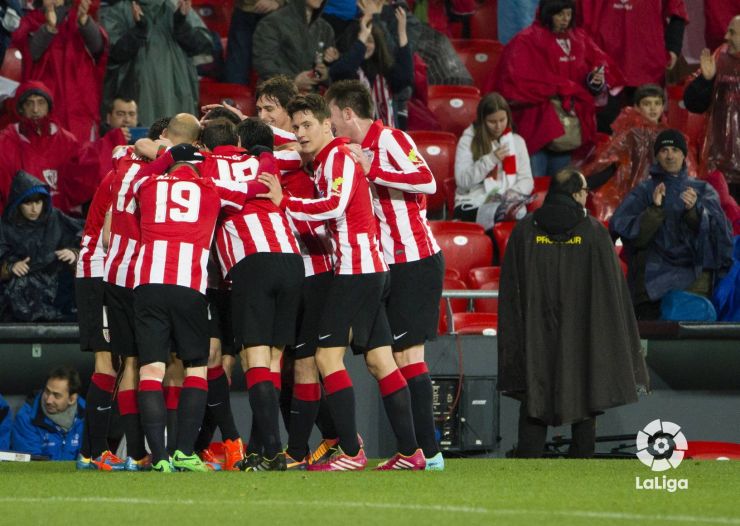 With his win over Granada, Ernesto Valverde has equalled his victory record (15) as a La Liga manager. In addition, Aduriz pocketed his second hat-trick to overtake his coach in the rojiblanco goal-scoring table.

Athletic Club is grinding out the records this year. Its stats have helped it stay in the European spots throughout practically the whole season, making fourth place theirs alone for the last 12 matches. The San Mamés stadium has had a large part to play in these figures. The rojiblancos managed to remain unbeaten in their fortress for twelve matches, until RCD Espanyol brought Athletic's run to an end on matchday 24.

Ernesto Valverde has created a team that is surely one of the most dangerous in the Liga BBVA. The 'Txingurri' has equalled his record of 15 victories as a La Liga coach, previously reaching the mark with Athletic in the 2003/04 season. That year, the rojiblancos finished fifth, qualifying for European football. This season, he has bettered the results from his first spell as the rojiblancos' coach, giving the San Mamés faithful something to dream about.

Each game, some clinical finishing and solid defending have also contributed to taking Athletic ever-closer to UEFA Champions League football next season. With 49 goals, the rojiblancos are the fourth top scoring team in the Liga BBVA and they are also fourth in the ranking for least goals conceded (30).

One of Athletic's most prolific strikers is Aritz Aduriz. After the hat-trick he scored last Friday against Granada CF, the forward from Gipuzkoa has now found the net 10 times. It was the second time as a rojiblanco he has taken the match-ball home with him and it took him to 52 for the club, ahead of his manager and ex-Athletic player, Ernesto Valverde, in the team from Bilbao's all-time goal-scorers list (50). With all these numbers, Valverde's men look set for a historic season.