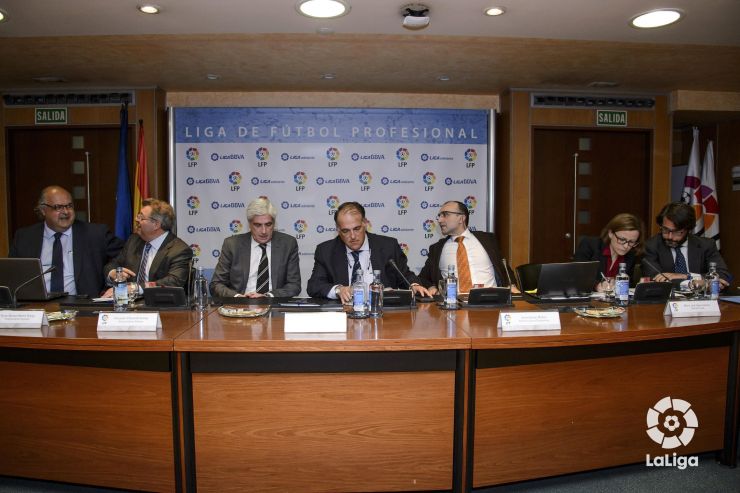 The Extraordinary Meeting of Shareholders of the National Professional Football League, who met in Madrid on 30 March 2015, have agreed to the following:

1º. Support the management undertaken by the LFP and, in particular, by its President, aimed at the effective centralization of television rights and a model for the fair distribution of earnings, through a Royal Decree, as an expression of the will of practically all of the clubs that make up professional football in Spain.

2º.- Request that the Royal Spanish Football Federation (RFEF) scrupulously complies with what was agreed to at the Mixed RFEF-LFP Commission on 6 March 2015.

3º.- Condemn the conduct of the President of the RFEF for not respecting the agreements that were reached, and in particular, for his conscious and unjustified absence from the meeting called by the Minister of Education on 26 March 2015.

4º.- Notify the Government that Spanish professional football, with the LFP as its main governing body and the clubs that comprise it, does not currently feel represented by the President of the RFEF due to his attitude. The LFP and clubs request that he changes his conduct immediately for the sake of Spanish football as a whole, and that he carries out all of the actions necessary to facilitate the passing of the Royal Decree for centralized selling. May he be warned that should be fail to do this, he will be directly opposed by professional football.