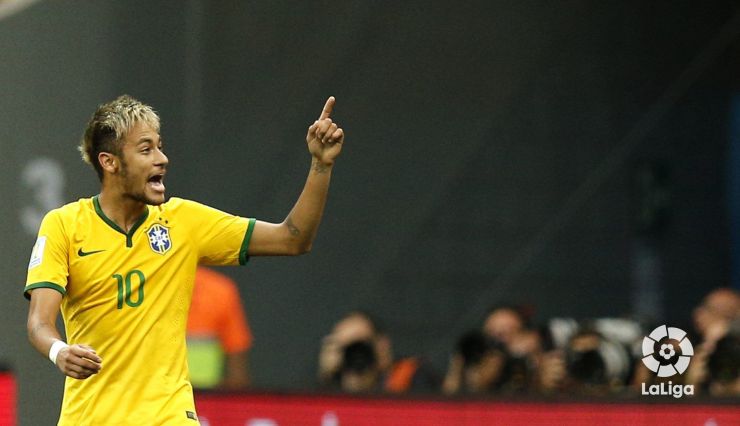 LFP.es collates scores from several Spanish and international sports publications for the Liga BBVA and Liga Adelante players involved in the World Cup.

The group stage comes to an end after the first three rounds of the 2014 FIFA World Cup. Some teams will continue in the competition, while others say farewell to a thrilling event in which Neymar, with an average of 8.2, is ahead of his closest rivals Lionel Messi and Karim Benzema in the ranking of the best players from the Liga BBVA and Liga Adelante.

These matches have confirmed Neymar as the leader for Brazil. Despite his young age, the skilful FC Barcelona striker has played a key part in his team’s bid to conquer a World Cup held in his country of birth. A great performance against Cameroon saw him score two goals that put his team top of the group and made him the top scorer in the competition.

The local player has the honour of sharing this accolade with one of his team-mates, Messi. Both have claimed four goals and are key players for their national sides. In the case of the Argentine it is particularly evident, with an individual effort against Iran and two versus Nigeria bringing his team six vital points to buy them a ticket to the Round of 16.

Third in the ranking is Real Madrid CF striker Benzema. The Frenchman’s magnificent form has put his team among the favourites to lift the World Cup trophy.

As for the LFP World Cup Dream Team, there have been a couple of changes to the ratings of the various publications that LFP.es looks at after the final round of the group stage. Belgian goalkeeper Thibaut Courtois joins the eleven and the defence includes Diego Godín, Juanfran and Héctor Moreno. The midfield, completely new compared to the last eleven, is made up of Iniesta, Ángel Di María, Sofiane Feghouli and Javier Mascherano. Up front, Neymar, Messi and Villa complete the dream team.