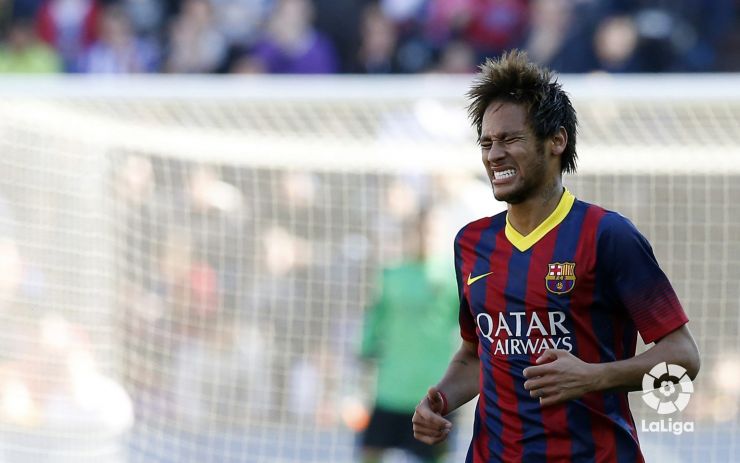 The two Barcelona players ended the final of the Copa del Rey with physical discomfort and will be sidelined for around a month.

FC Barcelona have announced on their website that the footballers Neymar Jr and Jordi Alba, both in the starting eleven in the Copa del Rey final against Real Madrid CF in Valencia on Wednesday, will be out for several weeks due to physical problems.

The Brazilian "suffered bruising that caused an oedema in the fourth metatarsal in his left foot" in the deciding encounter of the cup competition, so he will undergo "special treatment and will be unavailable for around four weeks", the azulgrana club stated.

Meanwhile, the left-back, who was substituted at half time in the final, suffered "a torn hamstring in the right leg" and he will also be out for three to four weeks. Both the Brazilian forward and the defender could return in time for the final matchday of the Liga BBVA, to be held from 17 to 18 May.

Finally, centre-back Marc Bartra is doubtful for Barcelona’s next game versus Athletic Club on matchday 34 of the Liga BBVA, due to a "strained hamstring in the right leg".