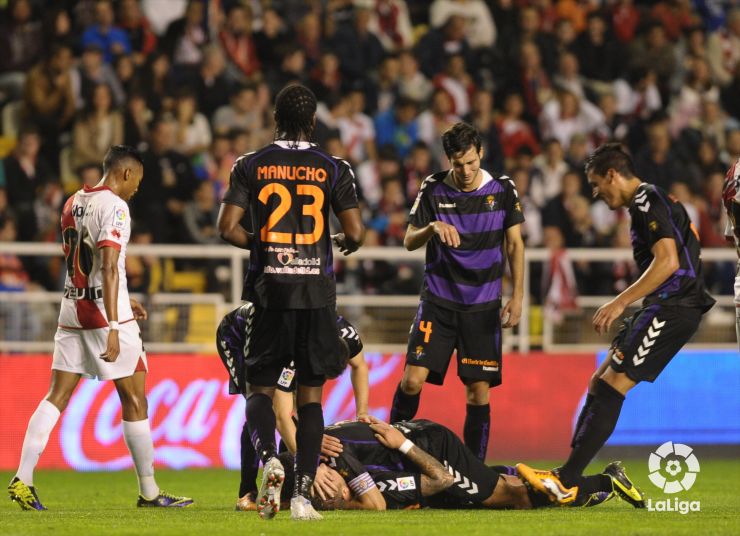 Manucho to miss the next three matches

The striker suffered a fracture of the fifth metatarsal in his left foot during the match against Rayo.

Manucho has added to Real Valladolid CF's ever-growing list of injuries. The Angolan player will not be able to play against Real Sociedad de Fútbol, UD Almería or Valencia CF according to the pertinent medical tests.

Valladolid's striker picked up a knock in last Friday's game in Vallecas, where he put in a great performance for his team. In the 73rd minute, the player committed a foul on Lass, and hurt the fifth metatarsal in his own left foot. Subsequent medical examinations have revealed that the player will be out for two or three weeks, therefore he will be trying to recover in time for the match against CA Osasuna scheduled for the 22nd of November on matchday 14 of the Liga BBVA.