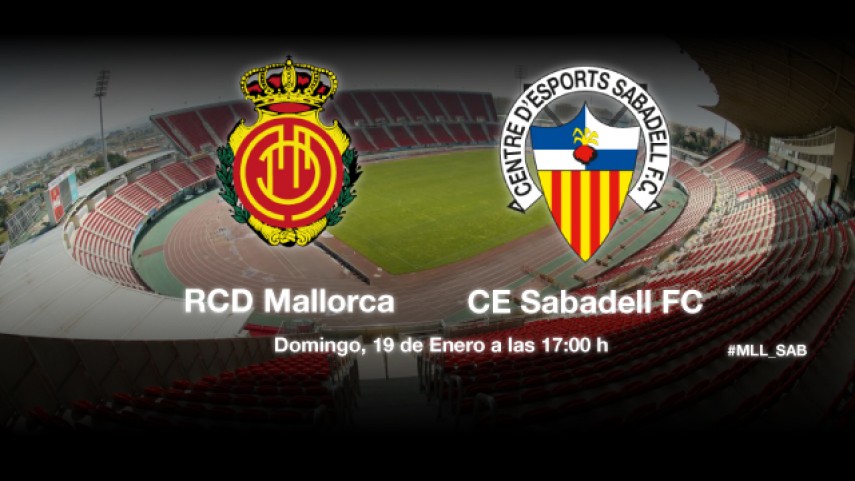 Mallorca and Sabadell with an eye on promotion

The two sides, which are both level on 30 points and within breathing space of the play-off places, go face-to-face on Sunday for what promises to be a hotly disputed match.

RCD Mallorca and Sabadell go head-to-head on Sunday in the Iberostar Stadium for matchday 22 of the Liga Adelante. With 30 points each, both sides will be looking for a win in order to strengthen their chances of earning a promotion place at the end of the season.

The home side will be hoping to pick up its first victory of the New Year having only managed two draws so far in 2014, against Córdoba and Las Palmas. The coach, José Luis Oltra, discussed the most important things his team needs to keep in mind if it is to achieve its goal: "We have to be strong at home, also win on the road and do things well, and that is what we're focused on doing".

Meanwhile, as the Catalans travel to Mallorca there is no denying how well they are doing at present. Sabadell has picked up four straight wins to climb high enough up the table to be right in the promotion fight. "This group of players has earned the respect of its opponents. We are working to always improve on our last performance", Miquel Olmo, the coach, declared ahead of the match.