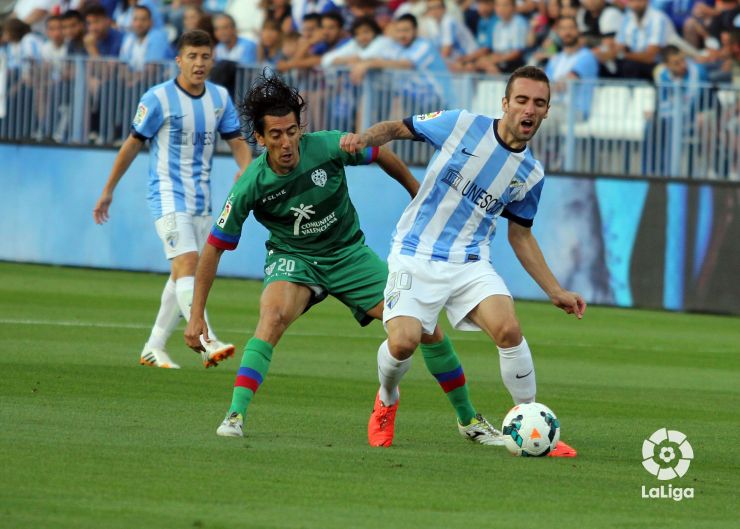 Málaga round off season with victory

The Blanquiazules defeated Levante 1-0 through a solitary Portillo goal in the second half.

Málaga CF ended the 2013-14 season in great form with a 1-0 victory over Levante UD. Francisco Portillo scored the winning goal against a Granota team that was unable to trouble Willy Caballero.

The Andalusian side, playing their final match with Bernd Schuster in the dugout, had all the chances in the first half. Ezquiel Rescaldani twice found himself in front of goalkeeper Keylor Navas, who again showed his great qualities. Nordin Amrabat also had a chance to put his team ahead, but his shot met the same fate and the scoreboard did not change in the first half.

The second act began as the first ended: with Malaga attacking. The Blanquiazules threw everything at their opponents and they soon had their reward. Francisco Portillo got on the end of a rebound inside the box to open the scoring with half an hour to go. The goal was enough to confirm Malaga’s victory despite José Manuel Casado missing a penalty in the dying moments against a Levante that lacked intensity.