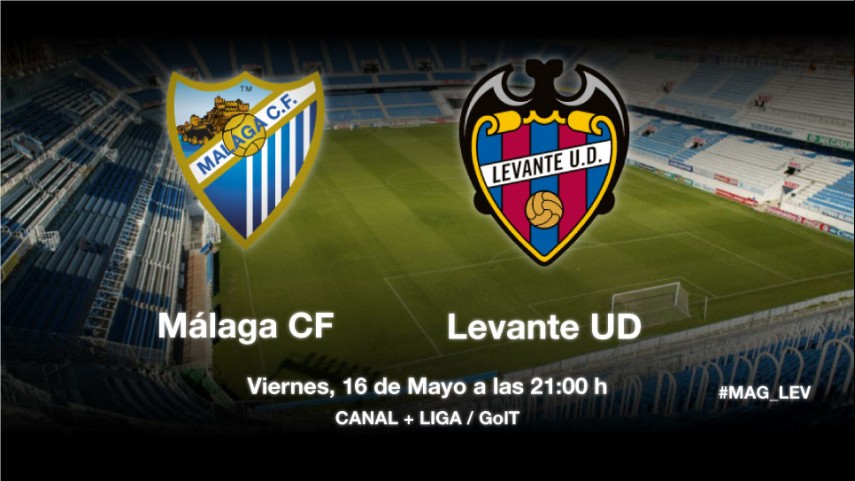 The Andalusian side and the Valencia outfit will kick off the last round of Liga BBVA fixtures, with both teams looking to finish the season on a good note.

Liga BBVA reaches a climax with the 38th round of fixtures. Málaga CF and Levante UD, two sides who have already confirmed their status in the division for next season, will be looking to end the campaign on a good note when they play the first game in this exciting season's final matchday.

This is also a game of goodbyes. Bernd Schuster will take charge of his final game in charge of Málaga, and spoke of the side's responsibility of trying to win this game, "We have the responsibility to our fans and we will try to win at all costs. It is a shame we only have 16 players available, due to our injuries". Marcos Angeleri and Duda are just two of the absentees for the game.

Meanwhile the side from Valencia will be looking to see off Málaga, and do not have the kind of injury worries as their hosts. "We want to compete. You have to be ambitious in everything you do and this is the obligation of every professional", said Joaquín Caparrós, the Levante boss, who will be looking to end the season in the top 10.