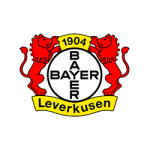 The Whites play their first match in the Santiago Bernabéu as the Basque team bids for its first victory.

For Real Madrid this second match could consolidate a great start to their 2013/14 Champions League campaign. The team coached by Carlo Ancelotti hammered Galatasaray AŞ (1-6) in the Ali Sami Yen two weeks ago, and will be looking for a second win over Copenhagen in front of its home fans.

The Madrid team is without Xabi Alonso, who has a long-term injury, and Gareth Bale, who did not train with the group in its last session before the match due to a thigh injury in his left leg. He will receive a diagnosis after tests he is due to undergo on Wednesday.

Ancelotti said in the press conference that the match against Copenhagen "is very important and we are hoping to put in a good performance. We need to react quickly, both in terms of results and our game". The Italian manager went on to say "I am sure we will react, we have had a good start to the Champions League". Ancelotti also analysed his opponents: "They are not playing very well in their league, but they did against Juventus so we have to be careful".

Real Sociedad, for its part, travels to Germany having tasted defeat in the Anoeta Stadium against FC Shakhtar Donetsk (0-2) in its first UEFA Champions League match this season. Jagoba Arrasate, the Basque outfit's manager will not be able to select Xabi Prieto, who picked up an injury during the Liga BBVA match against FC Barcelona.

Arrasate told the press that Real Sociedad wants "to win and pick up points and to do that you have to play well and efficiently. This team has more to give". The Real Sociedad coach also spoke of their UEFA Champions League opponents for tonight's match: "Bayer is a very strong team. We will have to play a perfect match because it is a very physical and well-structured team, but this is football, not basketball. We will try to be direct and to manage their strategy".