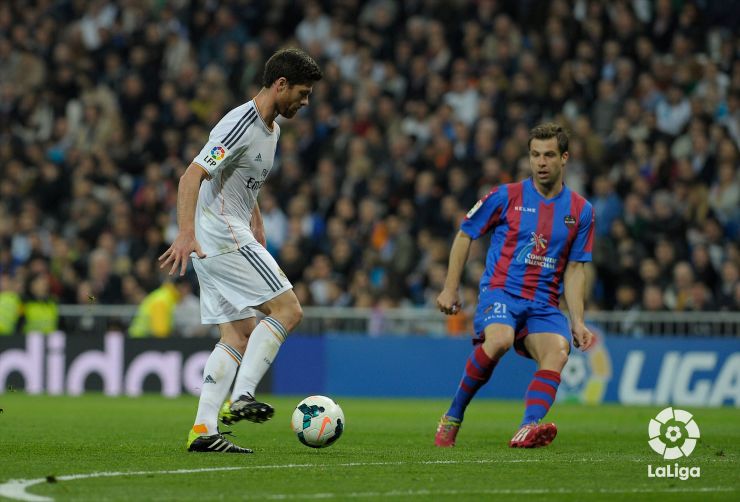 Madrid and Sevilla shine in a day full of goals

The Whites went back on top with their win over Levante, whilst the Andalusian side are knocking on the door of the European spots.

Sunday's games in the 27th round of Liga BBVA promised excitement and goals. The fight for Europe and the lead at the top of the table were in play, and the games didn't disappoint.

In another of the day's games, Carlos Bacca and Kevin Gameiro helped Sevilla FC down UD Almería, taking the all-Andalusian game 1-3. The win sees then move up to sixth place, which gives access to the UEFA Europa League. Meanwhile, another side eyeing up these positions, RCD Espanyol, also won, beating Elche to move eighth.

For their part, Valencia CF and Athletic Club drew 1-1 at the Mestalla. Paco Alcácer had put the home side ahead, but Aritz Aduriz levelled things up with a penalty.