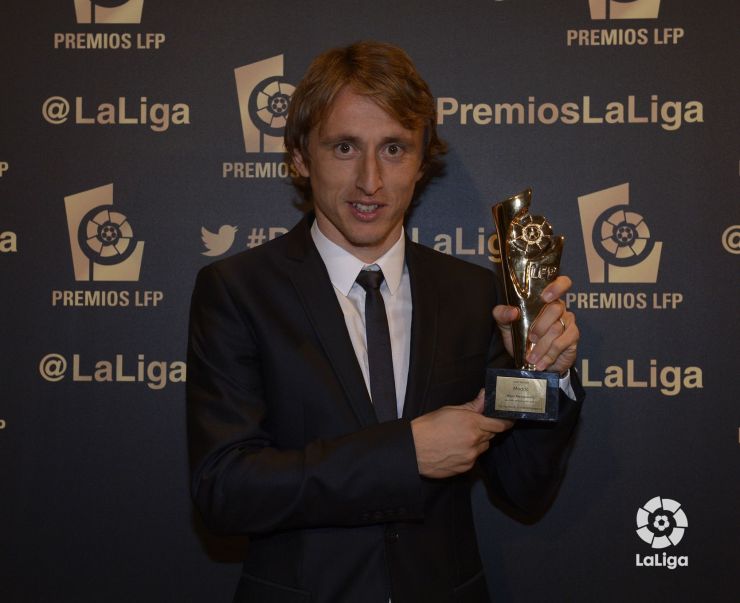 The Real Madrid player dazzled as he pulled the strings for the Whites in his second season in the Spanish topflight.

Luka Modrić, Real Madrid's Croatian midfielder, was presented with the trophy for the 'Best Midfielder in the 2013-14 Liga BBVA' at the '2014 LFP Awards Ceremony', receiving more votes than his high-class opposition; Gabi Fernández and Sergio Busquets.

The Whites' number 19 earned the award with a great season. He was a key player in his team's fight to the end of the Liga BBVA, as well as being a star of the Copa del Rey and UEFA Champions League won by Ancelotti's men.

He came to the Liga BBVA in 2012, but failed to demonstrate his full potential during his first season, something that changed radically last year. 2013-14 was Modrić's breakthrough year: in total, he played 34 matches in the Spanish topflight, starting 29 of them, scoring one goal and providing six assists. The Croat is his team's leader in the centre of the park and he has won over fans of the club and of football in general.

"I'm very happy and proud to receive the prize. I want to thank the people who voted for me. Also my teammates, my coach and Real Madrid. Many thanks to Real Madrid's fans", said the Real Madrid player