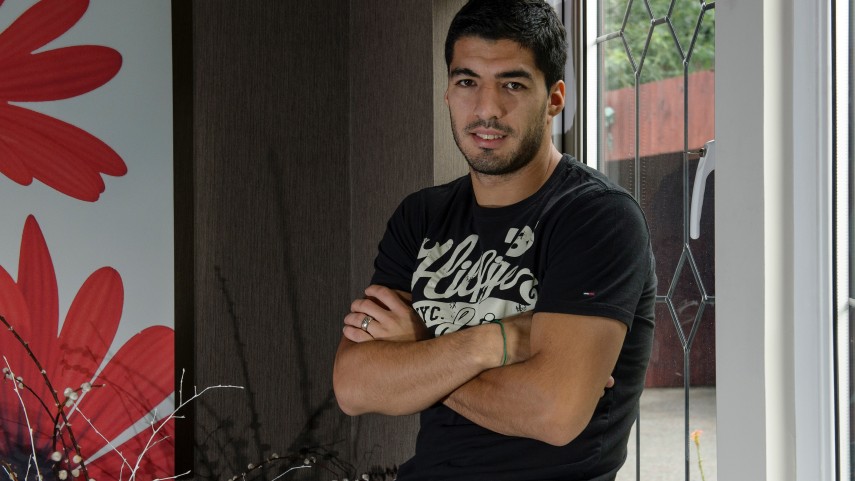 Luis Suárez: "Playing for Barcelona is a mission accomplished"

The Uruguayan striker spoke of his excitement in an interview with the Azulgrana's official television channel after training with his new teammates for the first time.

The star of Barcelona FC's training session on Friday was undoubtedly Luis Suárez. After the statement issued on Thursday by the Court of Arbitration for Sport which ratified the player's, but which also stated that he will be allowed to carry out other activities related to football, the Uruguay striker was able to take to the pitch for the first time with his new teammates and make his first statements as a Barça player.

"I'm very satisfied, happy to be with my teammates. I was raring to go", said the ex-Liverpool player in an interview with his new club’s official television channel. "I have to think about the future, which is at Barcelona, the club I dreamed of playing for", he added.

Suárez, who could make his debut in front of his new team's fans on Monday during the Joan Gamper Trophy, was excited and chomping at the bit to "play again, have contact with the fans and feel what it is like to play in a stadium like Camp Nou".

Finally, the forward wanted to thank Barcelona for all the support he had received from the Catalan city: "I am very thankful to the club for everything it has done for me in recent weeks and days. They have treated me very well and I am grateful because playing for Barça is a mission accomplished".

Luis Enrique’s 'new' FC Barcelona get underway in the Liga BBVA on Sunday 24 August against Elche CF, a match in which, along with Luis Suárez, goalkeeper Marc-André ter Stegen will not be able to take part. The Catalan club has announced on its official website that the German keeper will be out for two to three weeks because of a "small fracture in the transverse apophysis of L3 vertebra".