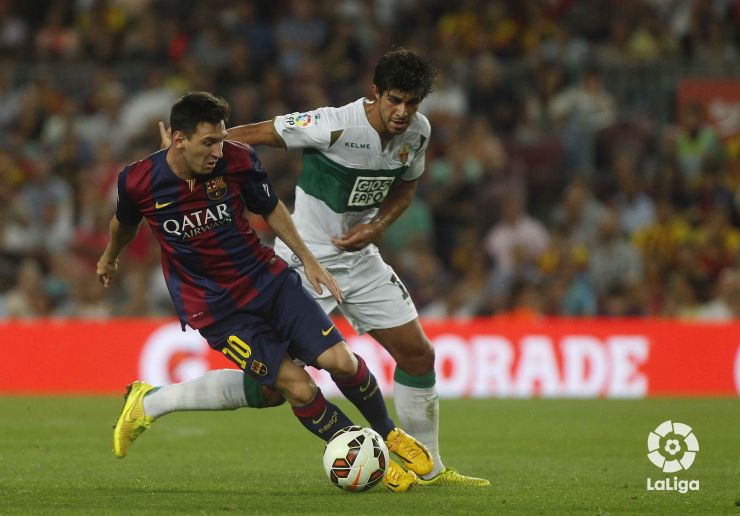 A double from Messi and a Munir strike saw off a compact Elche side.

Barcelona have their first three points of the season. Luis Enrique's side downed Elche 3-0 at the Camp Nou, with the club's new signings shining against the Alicante club.

Barcelona were forced to work hard to get past a compact Elche team, who fought for every ball. The home side were not able to relax until Leo Messi scored the first goal at the Camp Nou this season.

The goal spurred on the Catalans, and just after the break Munir El Haddadi, who had missed a couple of earlier opportunities, doubled their advantage. Fran Escribá’s men fought until the end, however Messi’s second made it 3-0 to seal the points for Luis Enrique.