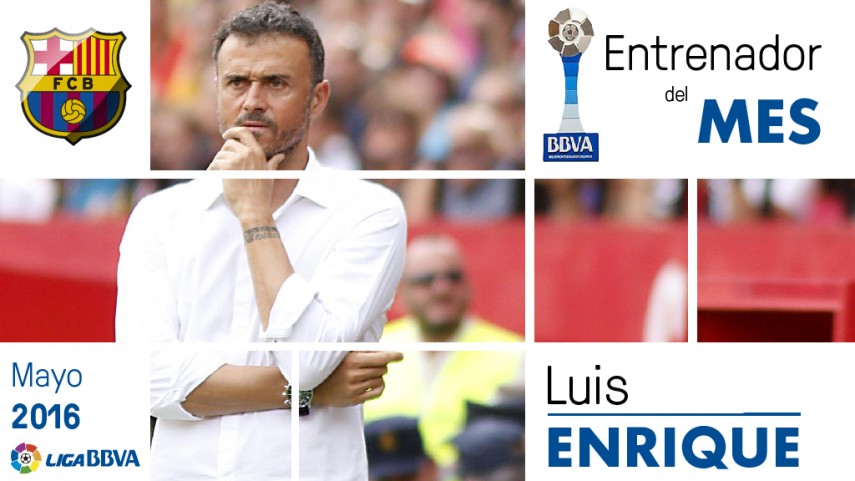 Luis Enrique named Liga BBVA Manager of the Month for May

The Barcelona coach has been chosen in recognition of his efforts in guiding the Catalan club to a second straight title.

Luis Enrique (Gijon, Asturias, 1970) has picked up the Liga BBVA Manager of the Month prize for May on the strength of leading FC Barcelona to the league title.

A record of two victories in as many games, with eight goals scored and none conceded, speaks volumes of the great job the Asturian coach did in steering his side over the finishing line. Those two wins, against RCD Espanyol in a high-stakes Catalan derby and then against Granada CF on the last matchday, saw the Azulgranas crowned champions, seeing off a challenge from Real Madrid.

Luis Enrique has claimed the Liga BBVA crown in each of his two seasons in charge at the Camp Nou. His work in sealing the second of these titles was enough for him to also scoop the latest monthly managerial award handed out by BBVA, the competition's main sponsor, and voted for by the LaLiga.es writers.