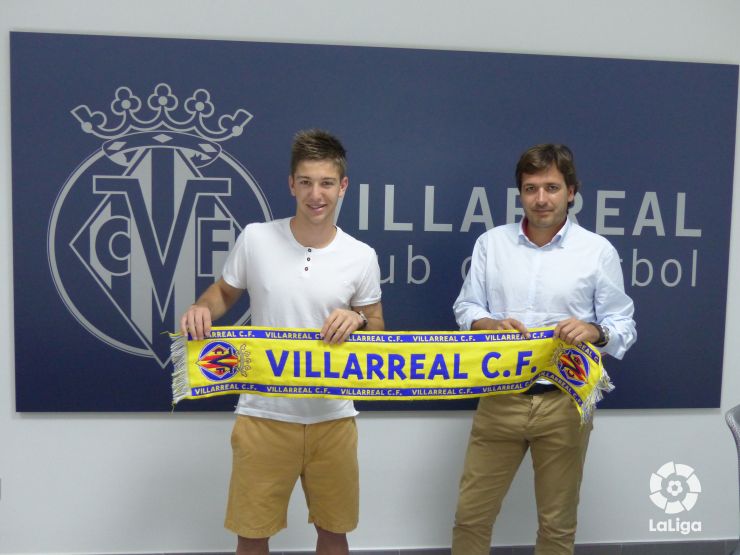 The Yellows have confirmed the incorporation of the Argentinian forward for the next five seasons. He moves to the Liga BBVA club from Racing de Avellaneda.

Villarreal CF have confirmed their sixth incorporation of the summer with the arrival of Luciano Vietto. The 20-year-old Argentinian forward, who makes his way to Spain from Argentine side Racing Club de Avellaneda, has signed a five-year contract with the club.

Marcelino García Toral’s team will be strengthened with the arrival of Vietto, one of Argentinian football’s most promising players. He has represented his country at Under-20 level and can play either as a forward or as an attacking midfielder, making him a value asset for his manager.

His goal-scoring prowess was clear to see during the 2012/13 season when he hit the mark 13 times for Racing in the Argentinian First Division. In total, Villarreal’s new forward racked up 18 goals during his time with Avellanida.