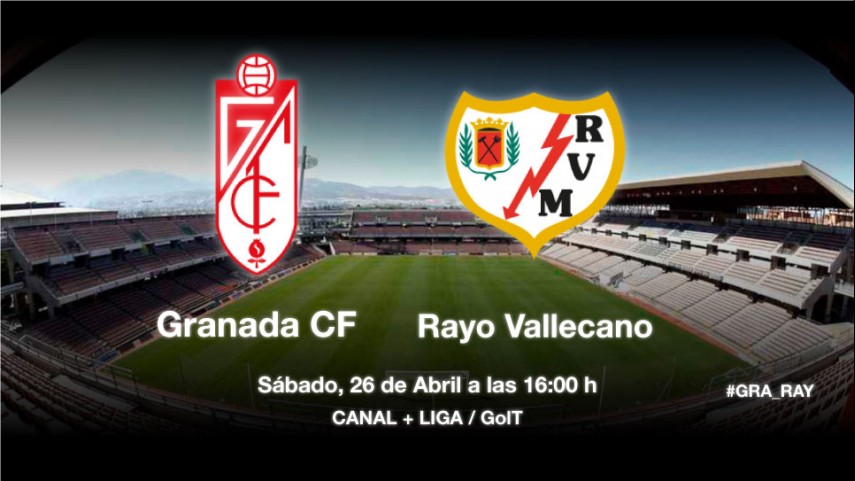 Los Cármenes, the gateway to safety

Granada will be looking for a win against Rayo Vallecano in order breathe easy for the rest of the season.

Los Cármenes hosts one of the most gripping of this weekend’s Liga BBVA matchday 35 fixtures as Granada take on Rayo Vallecano.

There are only three points separating the Andalusian and Madrid outfits and both will be looking to accumulate even more on Saturday to move further away from the danger zone. Lucas Alcaraz’s men come into this match on the back of a defeat against Sevilla and will be focused on widening the gap between themselves and the three teams rooted in the relegation places. The Andalusian coach explained that his side is ready for a tough encounter. "We have to be aware that wanting to win is not enough, there will be moments when we really have to dig our heels in", Alcaraz stated.

Meanwhile, Paco Jémez’s team took a giant step towards safety in the division last weekend by beating Real Betis. With 40 points already on the board, the Madrid players travel to Granada with their minds at ease but focused on the job still at hand: to pick up as many points as possible. In reference to his side’s mentality, Jémez said: "It is our obligation to finish as high up the table as we can. We have to be ambitious and go out to win all the remaining 12 points". The away side will be without the suspended Răzvan Raţ, as well as Lass Bangoura, Jonathan Viera and José Carlos Fernández, who are all injured.