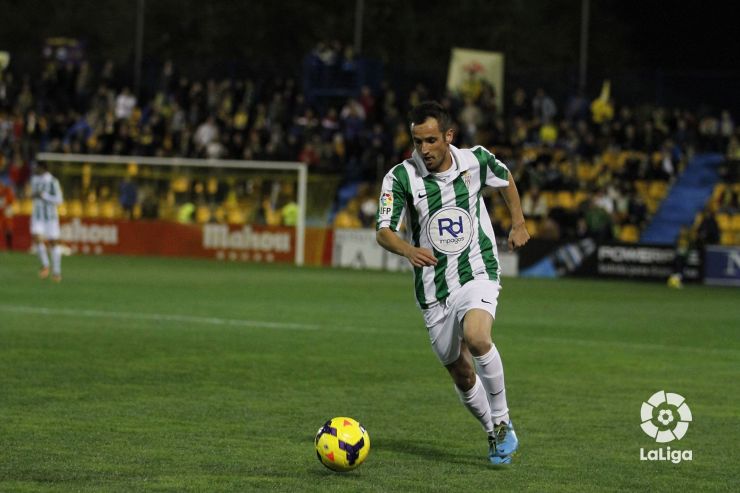 López Silva: “The team's psyched to fight for the play-off”

The Córdoba midfielder analyses the final stages of the Liga Adelante for LFP.es, with the Andalusians battling for promotion.

Córdoba CF's 0-1 victory over CD Tenerife on the last matchday has given the Andalusian side a chance to qualify for the play-offs. José María López de Silva (b. Huelva, 1983) scored the winning goal and this weekend he is playing in a rather special game. Trained in the junior age groups at Real Madrid CF, on Sunday he will welcome the Whites' reserves team. López Silva also revealed to LFP.es the secrets to the good run his team is having.

LFP.es: The team has rediscovered its good form from the first half of the season. Is your goal to qualify for the play-offs again?

López Silva: Being in the position we're in, that's the aim. With three matchdays to go, it looks like we can do it. The team's psyched and we'll give everything to fight for the play-offs.

LFP.es: On the next matchday, as you say, you will play host to the Whites' reserves, who are in the relegation zone. What is the key to winning?

López Silva: We'll have to be very focused. We know they're a quality side even though they're not going through their best spell down at the bottom. We will come out giving our all, and hopefully we can take the three points.

LFP.es: You also came through the ranks at Real Madrid. What do you remember from those years? What did you learn?

López Silva: I liked it there, but I was young. I met a lot of teammates who are now my rivals on the pitch. I've got a lot of good memories and it was an unforgettable experience.

LFP.es: If you do get into the playoffs, do you see it as an opportunity to get the monkey off your back when two years ago you lost the knockout tie to Real Valladolid CF?

López Silva: It was good game, but we got drawn against the strongest team. Valladolid had a good squad and were fighting for automatic promotion, and we drew the short straw. Now if we get into the playoffs we have another chance to dream about going up.

LFP.es: What would it mean for the city to play in Liga BBVA next season?

López Silva: It would be something incredible. After more than 40 years out of Liga BBVA it would bring such happiness both to the fans and the players should we get back there.