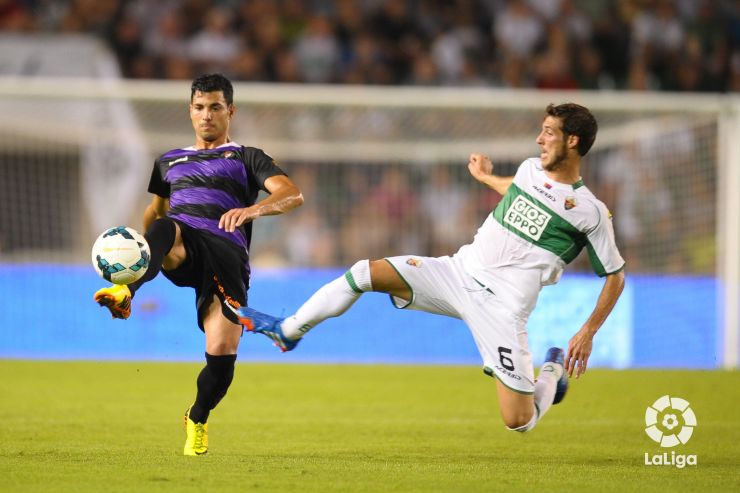 Looking for a break

Elche hopes to escape the relegation zone with a win over an Espanyol in need of victories.

Elche CF and RCD Espanyol will approach the clash with very different mind-sets. On the one hand, the team from Alicante is looking to take advantage of its momentum from last week's match, when it recorded its first victory of the season against RC Celta de Vigo, and build a cushion between itself and the relegation zone. While Espanyol, after two consecutive defeats, hopes to reignite the spark that catapulted it to the upper reaches of the table early in the Liga BBVA season.

Elche is without Alberto Botía, who is serving a ban. The team's manager, Fran Escribá will not find out about Edu Albácar's availability until the last minute, after the player's injury this week. The Alicante team's coach analysed Elche's situation coming into match eight. "The team is growing and I won't deny that we are getting better, but we mustn't forget that all opponents are difficult". He also gave his opinion on Espanyol stating "it is an intense team which always strives to win the ball back quickly. They have a lot of dynamic players and when they are in the opponent's half they are very dangerous".

Héctor Moreno will be unavailable to Espanyol due to an injury. However, Juan Fuentes, Álex Fernández and Manu Lanzarote return to the fold. Javier Aguirre explained his need to find another win after two consecutive defeats. "We have to get out of this rut and reach the break having turned the situation around". In addition, the Mexican coach defined Elche as "as solid as a rock".