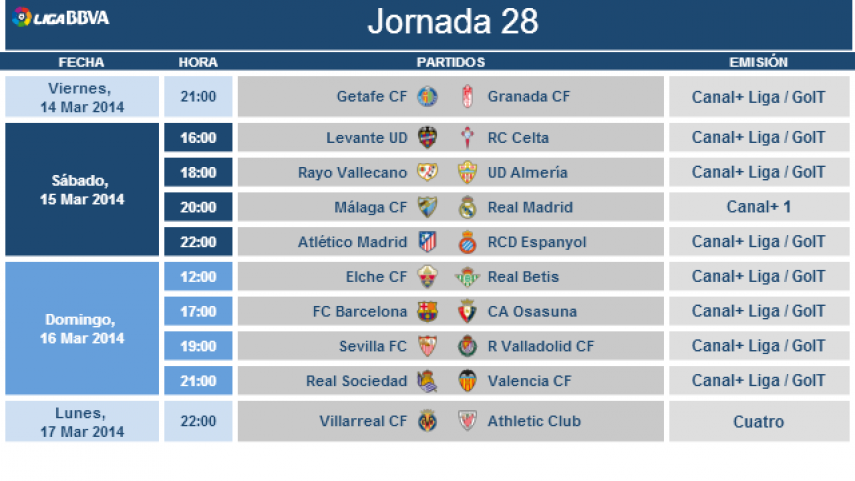 The Real Sociedad - Valencia and Villarreal - Athletic will provide the most enticing clashes as they fight it out for the European spots.

The schedule for matchday 28 of the Liga BBVA, which will take place between Friday the 14th and Monday the 17th of March, has been announced.

The matchday starts with a clash between Getafe CF and Granada CF on Friday at 21:00. Saturday will see Málaga CF host Real Madrid CF at 20:00, while Club Atlético de Madrid will square off against RCD Espanyol at 22:00 in the Estadio Vicente Calderón.

On the Sunday, the Liga BBVA leader, FC Barcelona, will take on CA Osasuna at 17:00 and Valencia CF will measure up against Real Sociedad de Fútbol in the 21:00 game. The 28th matchday will close with a passionate meeting between Villarreal CF and Athletic Club in the fight for the European positions.