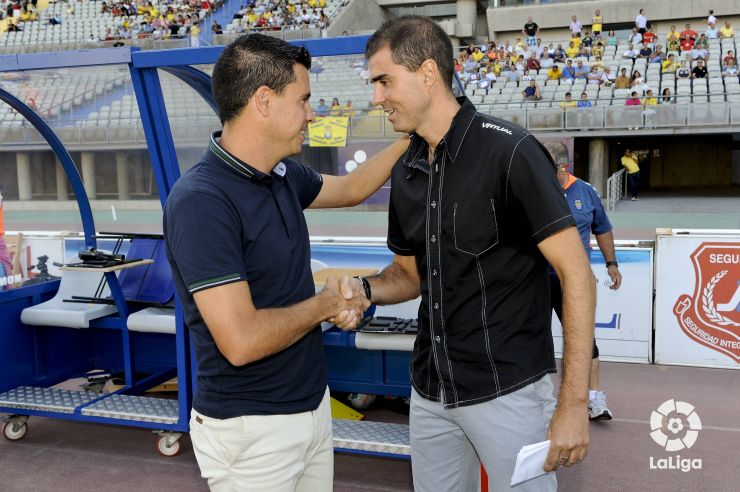 The league's 22 managers are all Spanish, something which hasn’t occurred since the 2010/11 season.

The 2013/14 Liga Adelante season has been full of many a sporting highlight. Following the first months of the competition, there is little to separate all of the sides, and nobody is sure of a play-off or automatic promotion finish as they look to earn a spot in Liga BBVA.

Something that must be admired is the fact this campaign every side has a Spanish manager. The last time all 22 sides had a domestic coach on the sidelines was in the 2010/11 season.

RC Deportivo de La Coruña, RC Recreativo de Huelva and Real Sporting de Gijón are coached by Fernando Vázquez, Sergi Barjuan and José Ramón Sandoval respectively, and have been the three dominant sides in the league up until now. These three coaches have plenty of experience in Liga Adelante and reflect the model of continuity employed by their clubs.

Whilst there are coaches with experience in the competition, this season Liga Adelante also has young, dynamic coaches such as Pablo Villa (Córdoba CF), Gaizka Garitano (SD Eibar), Sergio Lobera (UD Las Palmas), Javi López (Girona FC) and Julio Velázquez (Real Murcia CF). They’ve all shown that youth is no obstacle where this league is concerned.

Garitano deserves a special mention for the season that he’s having with Eibar. The former player from the Basque Country is one of the league’s most inexperienced coaches, yet has managed to get his side to fourth in the table, just one place off automatic promotion to Liga BBVA. Eibar’s success isn’t a surprise to many at the Municipal de Ipurua however, as it was the same manager who masterminded their promotion to Liga Adelante only last season.

The Basque side aren’t the only team to have caused a surprise in the first part of the season. Sergio Lobera’s Las Palmas side currently sit fifth and haven’t looked out of place. It’s the coach from Aragon’s second full season in charge of the Canary Island side and they aren’t far off league leaders Deportivo. Last season, Lobera lead his side to the playoffs where they lost to eventual winners UD Almería in the first round, something he will be determined to better this season.

The mix between experience and youth evident in Liga Adelante’s technical areas this season mean that the league is extremely even. Without doubt, the backing of domestic coaches means that the league is a genuine highlight in one of Spanish football’s greatest ever moments.