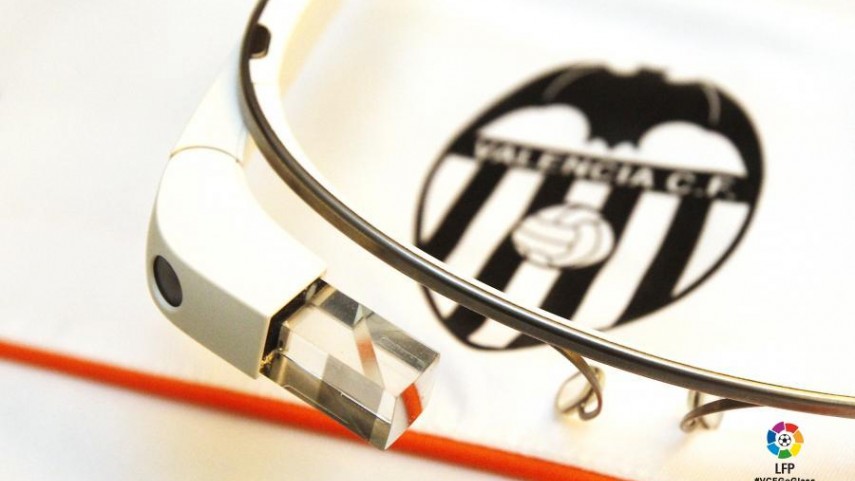 LFP, Mediapro and UCAM, in collaboration with Valencia, embark on new experience with Google Glass

The Valencia manager, Juan Antonio Pizzi, will use the glasses during the Liga BBVA match against Real Madrid.

The Professional Football League, Mediapro and the Catholic University of Murcia (UCAM) are preparing a new technological initiative with Google Glass in the Liga BBVA. Aiming to position football at the forefront of technology, a new event is to be held on matchday 36 of the Liga BBVA during the Real Madrid CF v. Valencia CF game.

Juan Antonio Pizzi, the Valencia CF manager, will use the Google Glass as a technical accessory during the match. We reveal some details on the usefulness of the Google Glass in football analysis:

The LFP, Mediapro and UCAM have developed the first native application for Google Glass (or any wearable device), that enables a football club's coaching team to obtain the statistical data they need, before and during a match. The application uses the advanced Mediacoach statistics system, developed by the LFP and coordinated technologically with Mediapro.

The product enables analysis of play in real time and data extraction from all matches, giving clubs all the information they need on their own game, as well as that of the teams they face during the season.

The coaches have access to a number of selected statistics on a match in real time, without losing sight of the game at any time. The statistics currently designed for this presentation will are grouped into four fields:
- General
- Build-up of Play
- Defence
- Finishing

Germán Burgos, Atlético de Madrid assistant manager, was the first person in the world to experience this development. Afterwards, he described the usability of the Google Glass and the information received through it as "very interesting". With this second initiative the LFP continues with its mission to make the Liga BBVA and the Liga Adelante the most advanced in the world in every field.