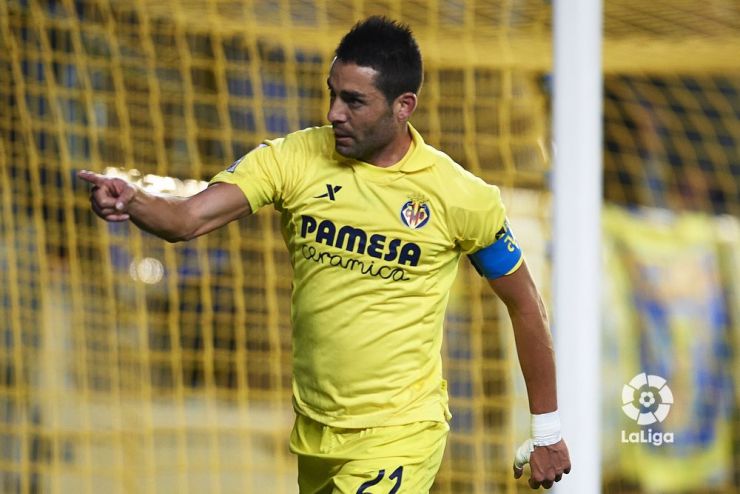 LFP.es stops off in Villarreal (and III)

Villarreal skipper Bruno Soriano spoke to LFP.es and analysed the goings on at the club: "this year we're a better team".

Artana is where out next protagonist comes from. With sufficient experience in the elite of Spanish football to lead Villarreal, Bruno Soriano is, aged 30, the shining light in Marcelino's side. With 300 games as a professional in the sport, Bruno and his men will play in three competitions this season.

LFP.es: The Villarreal captain and a dressing room figure, what can we expect of the side this season? Could the Champions League music be back at El Madrigal?
Bruno: We come from having a great season, and we go into this one with all the desire and ambition in the world to fight on three fronts. We have Liga BBVA, which we normally do well in and have experience of being near the top; the Europa League, which is very important for us, and the Copa del Rey. We will see how everything goes.

Hopefully we can give something as nice as this. It's obvious that it is difficult because there's a lot of sides. We know that Real Madrid, Barcelona and Atlético Madrid are at a high level. Then there are for or five of us who are fighting it for one place, and it will be tense. All sides have signed well this season, and we want to go game by game, and then we'll see what happens.

LFP.es: Are the squad ready to face three different competitions?
Bruno: Yes, because we've reinforced well and we want to compete. Now there are six games before the break and they will be intense, and that's the illusion we have: to compete at the max. We have a lot of confidence because this year we have more if a bench and we are a better side.

LFP.es: You're from the area, and you’ve been here for a long time, how is Bruno the captain?
Bruno: I've been lucky enough to spend a long time in the changing room with Marcos Senna, and as such I observed how he worked on this facet. From a simple sense I try to always help my teammates and youngsters who could get into the first team. I think I'm just one of the guys, and I try to do my job to the best I can, and as a captain I always try to back my teammates.

LFP.es: 30 years old and you debuted in 2006, Bruno continues to be the symbol of this Villarreal, can we say that you're the captain for the foreseeable future?
Bruno: I hope so (laughs). I still feel I have a few years left in me. The day that I see I'm not at the level to be at this club, I will pass the baton on to youngsters who I'm sure will have a lot of hunger. But for now I'm keen to see out my contract, which still has a good few years to go, and to be important here.

LFP.es: In 2012/13 you went down. Then Marcelino came in and the side got back to the big time under the Asturian boss…
Bruno: Yes, we spent some time in Liga Adelante, and above all at the start it cost us a lot to adapt. At least until his arrival; then we radically changed how we trained, and we saw it. Then we started to win a lot of games, we competed in matches and we knew that any side was going to make things difficult for us. In this sense, we remembered that we had to fight a lot to get to Liga BBVA. We did so well, and we achieved the objective.

LFP.es: Speaking of Marcelino, how is the boss up close?
Bruno: He's a very competitive coach, who gives us nothing; he's a winner. He analyses the opponents well, and that's important. He shows us how we have to be on the pitch. We work a lot with videos and this is very good for then facing the match and to be sure of yourself.

"Marcelino is a very competitive coach, who gives us nothing; he's a winner"

LFP.es: The reigning Europa League holders are a Spanish side, Sevilla. Could Villarreal be dreaming of something similar?
Bruno: Dream, of course. You always have to have the illusion of beating any side. I'm not thinking right now about winning it, but I think we have the ambition of going as far as possible. I think we're all united with this objective.