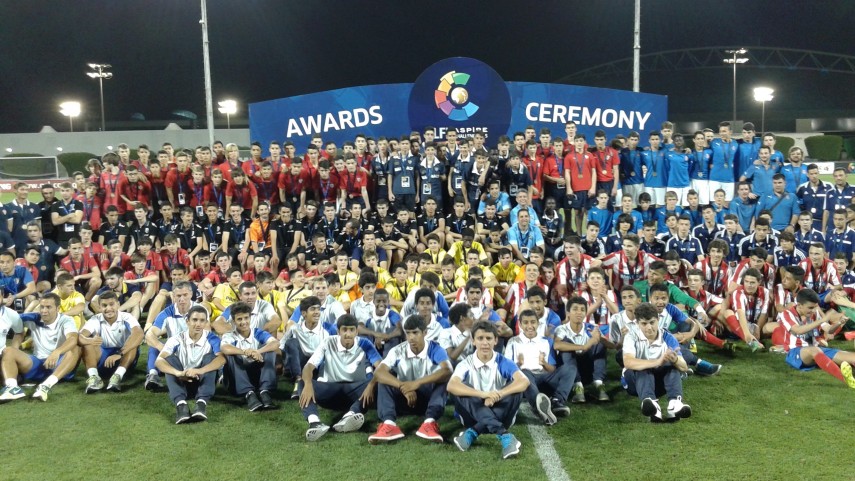 The LFP World Challenge initiative reached its climax in Doha and three Spanish teams won the titles up for grabs.

On Wednesday the first LFP Aspire Challenge U15 was held in Doha, Qatar, with a great turnout and media coverage. The finals of the Gold, Silver and Bronze categories were held and the results were as follows:

Gold Cup: Club Atlético de Madrid U15.
The match ended in a 2-2 draw with goals from Giovanni Jesús Navarro and Andi Escudero for Atlético de Madrid and from Sergio Lozano and Diego González for Villarreal CF. This result meant that the match had to be decided on penalties, with Atlético winning 4-2.

Silver Cup: Sevilla FC U15.
The team from Seville won 1-0 against UD Almería in this final thanks to a goal from José F. Figueredo in the 44th minute.

In its first year, the LFP Aspire Challenge more than achieved its aim to be a tournament with a high standard of competition. International relations were also strengthened between the LFP and Qatar, a strategic region for promoting Spanish football in Asia.

For Fernando Sanz, the general manager of the LFP for the Middle East and North Africa, the LFP Aspire Challenge "was an unforgettable experience in a unique setting". Sanz expressed his desire for the partnership between the LFP and the Aspire Academy "to continue for a long time". Both the players and the participants in the tournament, as well as the clubs' coaching staff, "were amazed at the media impact of the championship in Spain and Qatar", Sanz said.