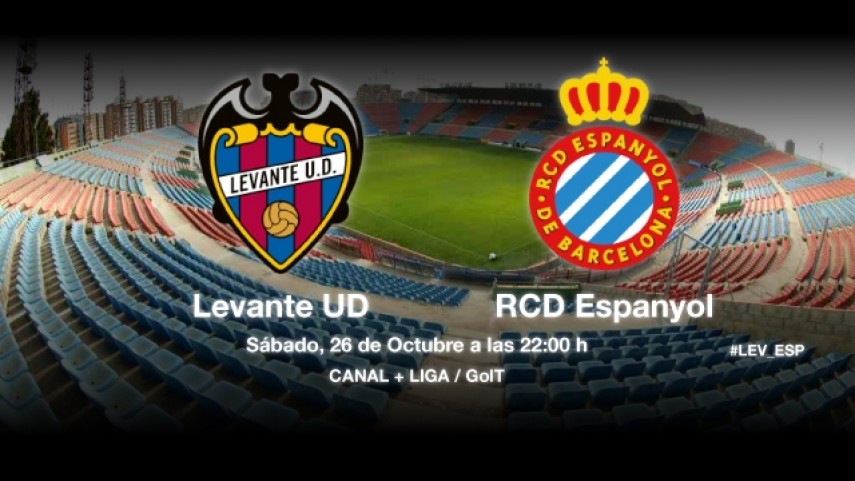 Levantebidding for its first home victory

Joaquín Caparrós' Levantewill play host to an inspired Espanyol side that is coming off the back of ending Atlético's run of victories in its last match.

Levante UD and RCD Espanyol will measure up in the Ciutat de València in a clash between two teams that both won their last matches. Levante will be looking for its first home win in the Liga BBVA, while the team from Barcelona will be brimming with confidence after ending Club Atlético de Madrid's 100% record with a victory in the Cornellà-El Prat.

The home team, whose morale will be high after its win over RC Celta de Vigo, will be without Miguel Pallardó due to a knee injury. "We have to play to a high standard if we want to seal that first victory. It will be a very tight match, the team with the best concentration will win the game", commented Caparrós.

For his part, Javier Aguirre, the away manager, travelled with a full arsenal, but Thievy Bifouma will not play. "Levante has only lost two games against Barcelona and Madrid. I am expecting a difficult game with few chances", said the Mexican.