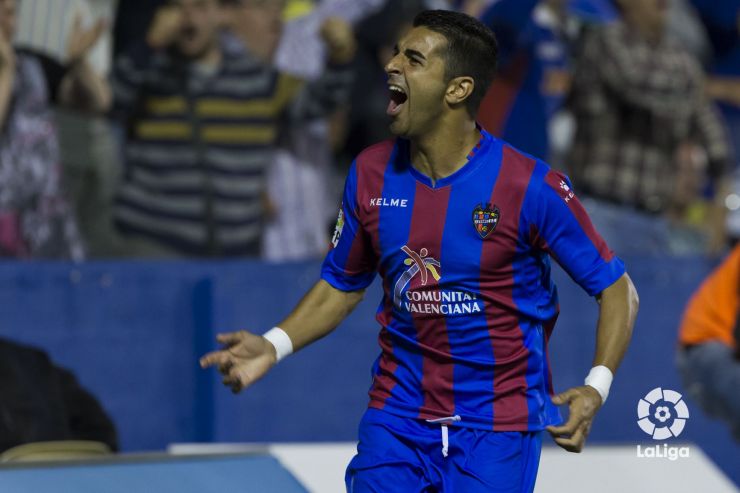 Levante triumphs in the Valencian derby

Goals for Ángel and Ivanschitz earned Joaquín Caparrós’ side all three points in a satisfying win over Valencia in the last game of the season in the Ciutat de València.

Levante UD beat Valencia 2-0 in the Valencian derby in matchday 37 of the Liga BBVA season. As a result, the home side leapfrogs its cross-city rivals in the table and now occupies eighth place with 48 points.

The game started out quite evenly with both sides created chances, however, they both lacked the accuracy in front of goal to finish them off. Fede Cartabria was a persistent thorn in Levante’s side, but Joaquín Caparrós’ men dominated possession and were the more aggressive in attack, with Mohamed Sissoko and Víctor Casadesús both looking dangerous up front. After the 30-minute mark, Valencia began to get into their stride and, on more than one occasion, João Pereira almost unlocked the home side’s defence.

With all three points firmly in mind, both teams maintained a high tempo with the match turning into a back-and-forth affair. It was in the 70th minute that Ángel broke the deadlock by knocking the ball past Diego Alves and sending the Ciutat de València into raptures. Ivanschitz, who came on during the second half, killed off the encounter by getting a second for Levante, who bid farewell to their fans for another season on a positive note.