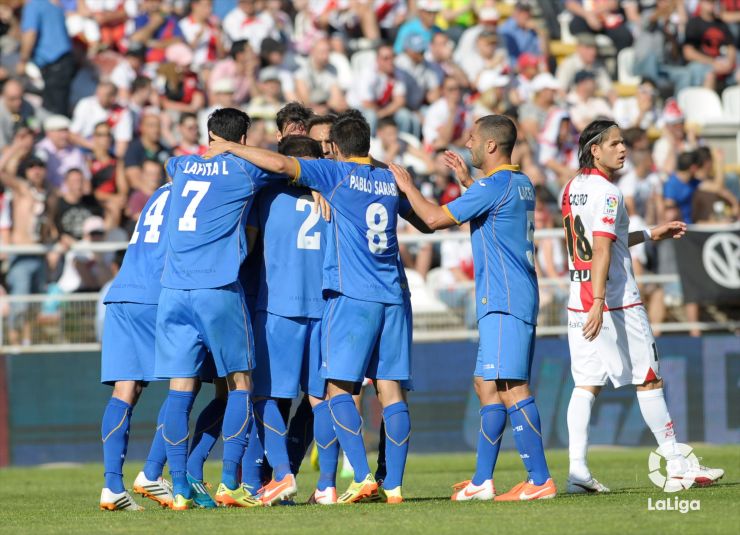 All three teams will still be in the Liga BBVA next season. Osasuna and Valladolid go down and will be playing in the Liga Adelante.

The two teams who started the weekend in the danger zone, CA Osasuna and Real Valladolid CF, sealed their relegation to the Liga Adelante on Sunday. It was a different story though for UD Almería, Getafe CF and Granada CF, who saved their place in the division and will be playing Liga BBVA football next season.

It was a satisfying day for the three teams whose nerve was tested in their bid for safety. The most dramatic of the weekend’s ties was that which brought together Valladolid and Granada, as both teams were playing for their place in the Spanish top flight. Lucas Alcaraz’s understudies stamped their authority on the road to take three points home from Valladolid thanks to an own goal from Stefan Mitrovic. The result means the Andalusians stay in the Liga BBVA at the expense of Valladolid.

It was also nail-biting afternoon in the respective dugouts of Getafe and Almería, the other two teams to seal their place in the first division. The side from Madrid won in Vallecas with two goals from Ciprian Marica, the hero for the side from the capital. Rayo, however, paid heavily for the defeat, and they had a great chance to put Getafe against the ropes when they levelled at one all. They failed though and in added time Marica sealed Getafe’s safety from the penalty spot.
Another side that did not have it easy was Almería, whose players had to push themselves to their limit to get a point against Athletic in order to hold onto their Liga BBVA place for another season. The Lions started well and caused a few nervy moments for the Andalusians, who slowly began to grow into the game and created some chances of their own in their search for all three points. The goalless draw ensures that Almería will remain in the Liga BBVA for a second successive year.

There were tears in Pamplona, where Osasuna saw their 14-year run in the Liga BBVA come to an end despite beating Real Betis Balompié, another team that will be playing its football in the Liga Adelante next season. The Rojillos' 2-1 win was the last match in the career of Patxi Puñal, a fan favourite in El Sadar.

* Click in each match to read the match report