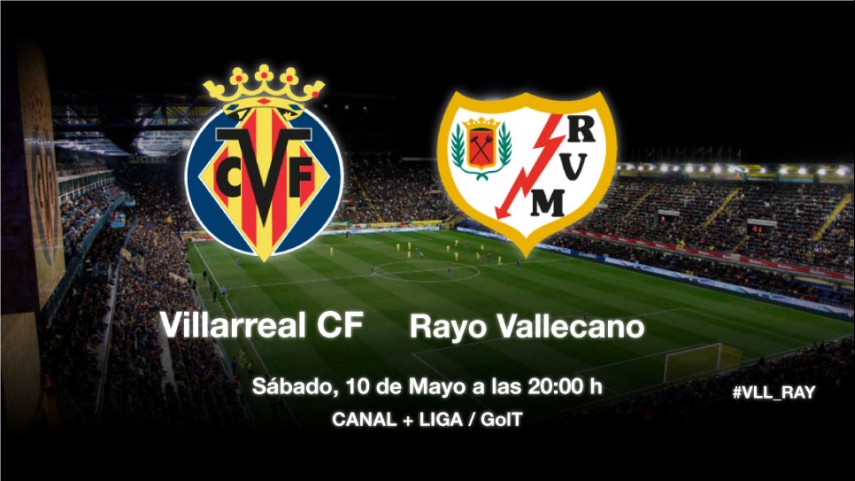 Marcelino García Toral's side, who will play in the UEFA Europa League qualifying round, host their last game at home against a Rayo side now safe.

Villarreal CF and Rayo Vallecano play on Saturday at 20:00 in round 37 of Liga BBVA. Both sides go into the tie with their respective objectives achieved. Marcelino's men will play in Europe next season, whilst Rayo are safe.

The home side's manager will be without the injured quintet of Dorado, Pablo Íñiguez, Perbet, Pina and Óliver Torres. "It's going to be a tough game. If we want to win it will take a lot", said Marcelino.

Paco Jémez, meanwhile, spoke of his opponent's strengths. "I like everything about Villarreal, they've had a great season. They're fixed in their position and they've got their season done. We want to carry on with our season and this game is an important part of that". He welcomes back Alberto Perea and  Răzvan Raţ from injury and suspension respectively.