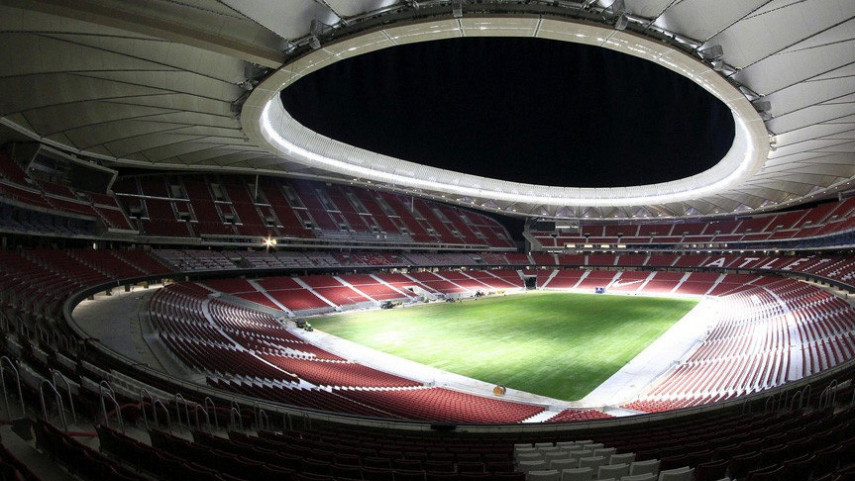 LaLiga to broadcast inauguration of the Wanda Metropolitano in 182 countries

LaLiga will beam the inauguration to TV sets around the world, covering the events leading up to Atletico Madrid's first match at their new home.

Saturday 16 September at 20:45 CET, the first chapter in the story of the Wanda Metropolitano, Atletico Madrid's new stadium, will be written. The Rojiblancos' new home has been designed to set an international benchmark for the highest standards in modernity, security and comfort, making it one of the most state-of-the-art stadiums in the world.

The inauguration will be a milestone in the long history of the Colchoneros, and to mark such an occasion the club has planned an action-packed day that will be sure to capture the attention of fans across the globe. So that supporters are able to take in this spectacle, LaLiga is offering coverage of the pre-match activities to rights-holding and non-rights-holding television broadcasters, meaning nobody will miss out on this historic day in the Wanda Metropolitano's history.

Half an hour prior to kick-off, international broadcasts in both Spanish and English will start their focus on the action at the Wanda Metropolitano. LaLiga will show all the events organised by Atletico Madrid leading up to the start of the match using special technology, showcasing the technological innovations that LaLiga has implemented in LaLiga Santander match broadcasts for the 2017-18 season.

TV sets from as many as 182 countries will enjoy footage straight from the stadium. The coverage will be produced by LaLiga, with 20 cameras in the stadium offering a complete experience of the pre-match action as well as the game itself.

A day of celebration to remember

The matchday build-up will start as early as 11:30 in the morning and carry on all the way up to kick-off. Fan zones for children and mini-concerts will be among the attractions that the fans will be taking in throughout the day. Additionally, Atletico fans will be keen to check out the new official club shop as well as the Walk of Fame in the lead-up to the pre-match ceremony.

LaLiga will also provide its international operators with a range of content detailing the construction phase of the stadium, the laying of the pitch and the most interesting footage of the ground. Viewers from the whole world over won’t miss a single detail of Atletico's new home.

Malaga CF are the team lucky enough to take part in the first competitive match at the Wanda Metropolitano, in a game which is just the beginning of a long and beautiful story for Atletico fans.

Click here for information on how to get to the Wanda Metropolitano.