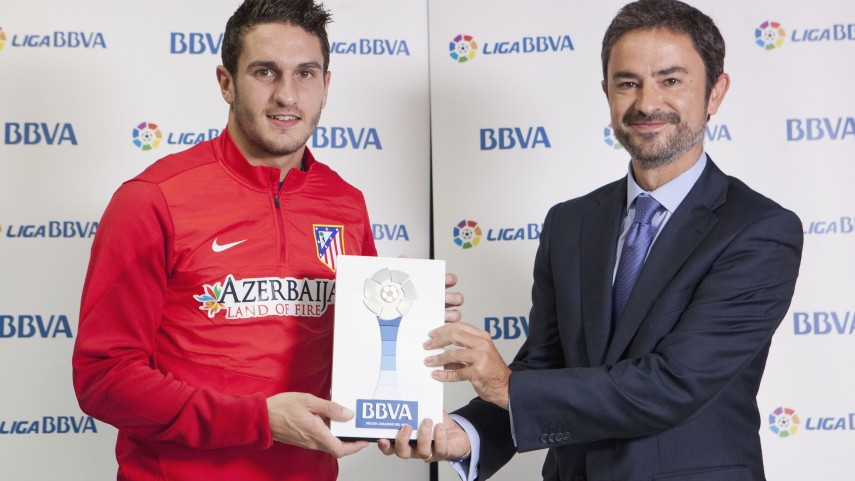 Koke is named the best Liga BBVA player for October

The Atlético Madrid player is one of the driving forces in Simeone’s midfield.

Jorge Resurrección 'Koke' has been bestowed with the Liga BBVA player of the month award for October, an honour handed out by the official sponsor of the Liga de Fútbol Profesional.

"I'm proud to have been awarded this Liga BBVA award for doing the right things, and I want to say thanks to my teammates who have helped me. The gaffer has given me confidence, last year he gave me lots and every time I play I get more and more confident and more secure in myself", said Koke after receiving his award.

Koke is one of the pillars of the current Atlético Madrid team, which this season has got off to its best every league start. Since making his debut in 2009, the Madrid-born player’s career has really taken off. His ability to rally the rest of his teammates and play the final ball has helped him become one of the top assist makers in the 2013/14 Liga BBVA season, with six assists.

On top of that he has also found the net a few times himself this season, scoring against Real Sociedad and Almería. His rise in form has seen him become one of the sensations during this Liga BBVA campaign, as well as get a call up to Vicente del Bosque’s Spanish national side.