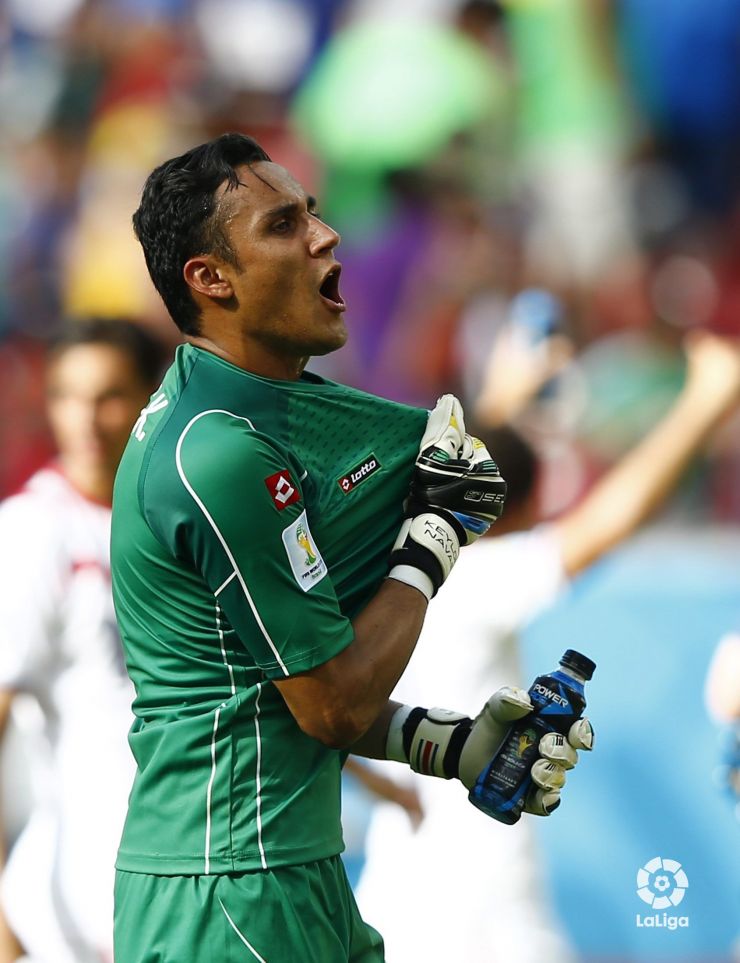 Keylor Navas, the new leader in the LFP Ranking

The quarter-finals of the 2014 FIFA World Cup have been just as tightly contested as they have been exciting. As well as that, as with every stage of the competition, there is new leader in ranking of the best Liga BBVA and Liga Adelante players. At the top of the pile sits Keylor Navas, the Levante UD and Costa Rican goalkeeper, with a spectacular average of 8.13 points.

Despite going out the tournament after losing to the Netherlands on penalties, the Tico keeper has been one of this World Cup's most impressive players, showing the world his cat-like reflexes and pulling off impossible saves. His performances are one of the main reasons that Costa Rica was able to make history by reaching the quarter-finals for the first time.

Close behind him is Lionel Messi, the FC Barcelona striker who is also making history with the Argentinian national team. The Rosario native, who has a rating of 7.9, has carried the South American side to the semi-finals with another fantastic performance, this time against Belgium. With four goals to his name, there is no doubt that Messi is standing out in Brazil.

Despite Spain's early exit, players like David Villa gave a good account of themselves at the World Cup. The Asturian striker, who received an average of 7.6 points, climbs into the top three of the ranking. Not far off him, with 7.52 points, is Neymar who, despite picking up an injury that will force him to miss the rest of the tournament, has been the main man behind Brazil's successful campaign so far.

The 'LFP Dream Team' has also been changed according to the publications LFP.es consults to make the ranking. In goals is Keylor Navas, while the defence is marshalled by Marcelo, Raphaël Varane and Toby Alderweireld. The midfield is made up of Carlos Sánchez, Javier Mascherano, Ángel Di María and Sami Khedira. Up front are Neymar, Benzema and Messi.