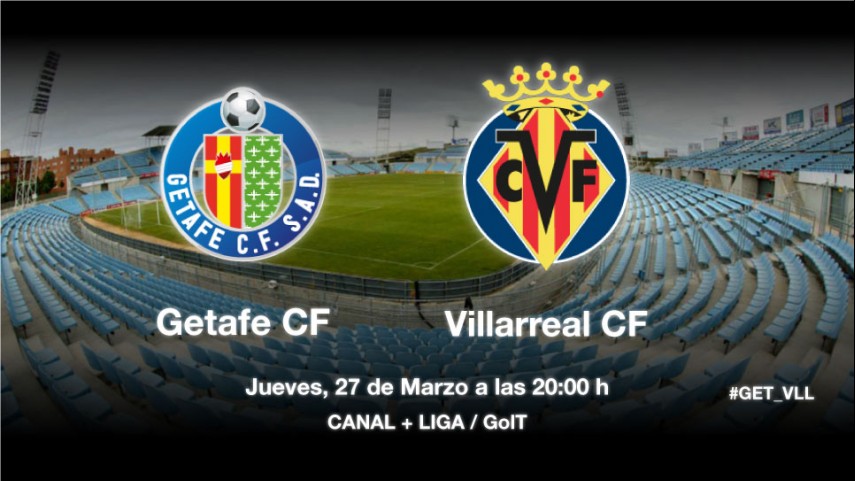 Judgement day in the Coliseum

Getafe, who occupy the relegation zone after 14 matches without a win, will be looking for a confidence booster against a Villarreal that does not want to miss the train to Europe.

Getafe CF and Villarreal CF will meet on Thursday in one of Liga BBVA matchday 30’s most enticing matches.

The Madrid side, currently in the danger zone after a bad run of 14 games without victory, will want to end their drought once and for all and pick up three points that would boost their confidence going into the final stretch of the season. The azulones’ coach, Cosmin Contra, will have to make do without the injured Roberto Lago, Juan Rodríguez, Jaime Gavilán, Diego Castro and Miguel Ángel Moyà, and the suspended Ciprian Marica. Despite the adversity, the Romanian manager is feeling optimistic: "The team is showing signs of improvement every day and it is time to win. We need a victory and it would be a good day to do it".

For its part, Villarreal will also arrive at the Coliseum Alfonso Pérez hungry for a win after two draws and two defeats in its last four matches. Currently in seventh place, the Yellows are looking to stay in touch with the European spots. "In the last ten matches there has not been a big difference. We have to try and make them uncomfortable and get a victory that would mean a significant dose of confidence for us", stated the visiting coach Marcelino García Toral, who will be without the injured Mario Gaspar, Mateo Musacchio, José Antonio Dorado, Pablo Íñiguez and Javier Aquino.