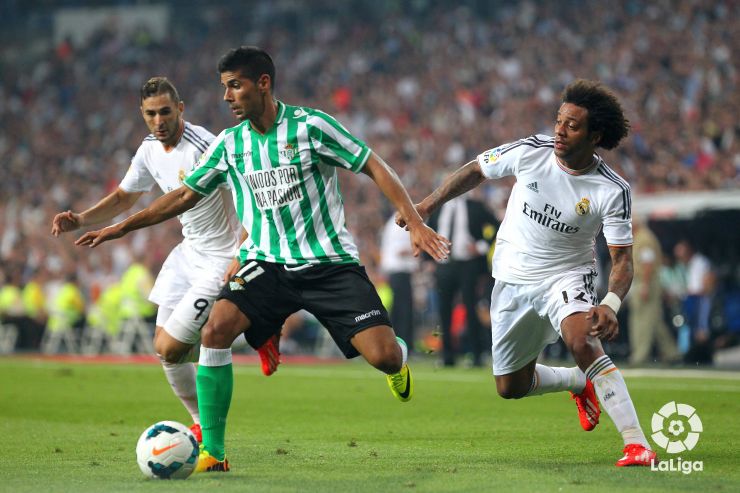 Juanfran out for three weeks

The Betis player suffered torn fibres in his right hamstring that will keep him out of the club’s next few games.

Real Betis Balompié have confirmed via their website that Juanfran will be out of action for around three weeks. The central midfielder tore fibres in his right hamstring during the UEFA Europa League encounter against Vitória SC.

The man from Madrid will miss this Sunday’s tie at the Estadio Benito Villamarín against Liga BBVA leaders FC Barcelona. He will also be a major doubt for the Andalusia derby on Sunday the 24th of November when Pepe Mel’s side take on Sevilla FC