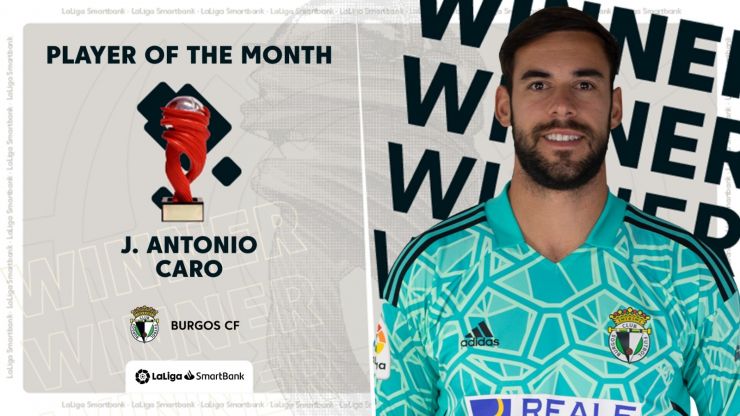 The Burgos CF goalkeeper receives the award after acting as the cornerstone of Los Blanquinegros' unbeaten run at the start of the season.

José Antonio Caro takes the LaLiga SmartBank Player of the Month Award for September. The Huelva-born shot-stopper has played a key role in helping Burgos CF to remain unbeaten in the competition so far this season

Caro broke the club's record for the most minutes played without conceding in professional football. He has played 630 consecutive minutes without fishing the ball out of the back of his net, equating to six full  LaLiga SmartBank 2022/23 matches. He is also the only goalie in the major European leagues who has yet to concede a goal this term.

His solidity and superb performances in the Burgos goal matchday after matchday have helped Julián Calero's side situate themselves in the upper reaches of the table on 11 points, the fruit of two wins and five draws. He also stands fourth among LaLiga SmartBank keepers in terms of the number of shots successfully saved this season.