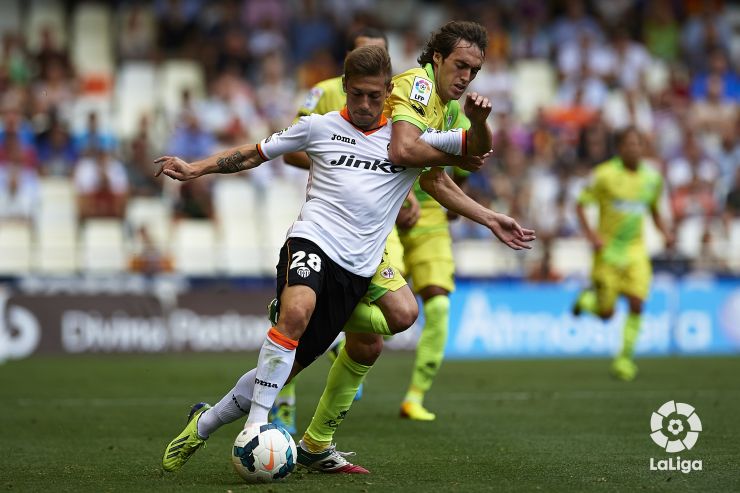 Valencia CF took three more points in Liga BBVA after downing Rayo Vallecano 1-0 in the Mestalla. Jonas Gonçalves was the match winner once again, capitalising on a defensive mistake.

In a match that both sides needed to win the home side came out raring to go and dominated the first 15 minutes, however the early pressure didn’t produce a goal. As the minutes passed Paco Jémez’s outfit found their feet, becoming more comfortable on the ball, forcing Valencia to be patient and wait for their opportunities.

One of those arrived in the 36th minute. Jonas latched onto a pinpoint pass from Jérémy Mathieu and was only denied by the heroics of Rubén Martínez in the Rayo goal. A few minutes later there was to be no denying the Brazilian his goal. Saúl Ñíguez, last man at the back, lost the ball to Jonas who ran clean through, making no mistake this time and in doing so sent his side in 1-0 at the interval.

In the second half Rayo sought the equaliser, but they had problems breaking down a rigid Valencia backline. Roberto Trashorras and Adrián González nullified Éver Banega and started to pull the strings in midfield. In the last few minutes Jémez threw on all the attacking options he had on the bench as his side tried to get back in the game, however it was to no avail as the score remained 1-0.

With this result Rayo remain bottom of the table, whilst Valencia move up into the European spots, awaiting the results of the other games in round seven.