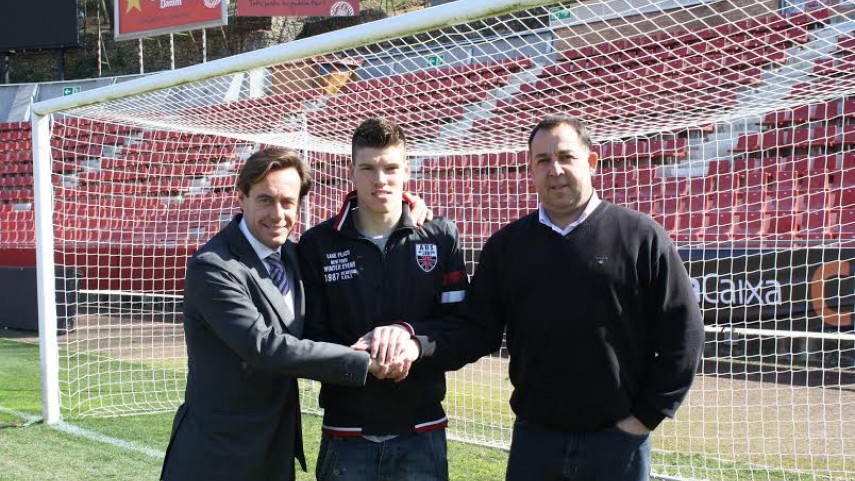 The goalkeeper has prolonged his contract with the Liga Adelante side for two more seasons.

Liga Adelante side Girona FC have confirmed via their Twitter account that first choice goalkeeper Isaac Becerra has renewed his contract for two more seasons.

Becerra, who arrived at the Estadio Municipal de Montilivi last season has played every game this far for Javi López's side in Liga Adelante, letting in 31 goals. The Barcelona-born goalkeeper played three times for the Catalan side last season, but it has been 2013/14 that has seen him really stand out and become a regular.

Girona continue to get their most important players to commit themselves to the club, following the renewal of attacker Felipe Sanchón, also for two seasons, on the 17th of February.