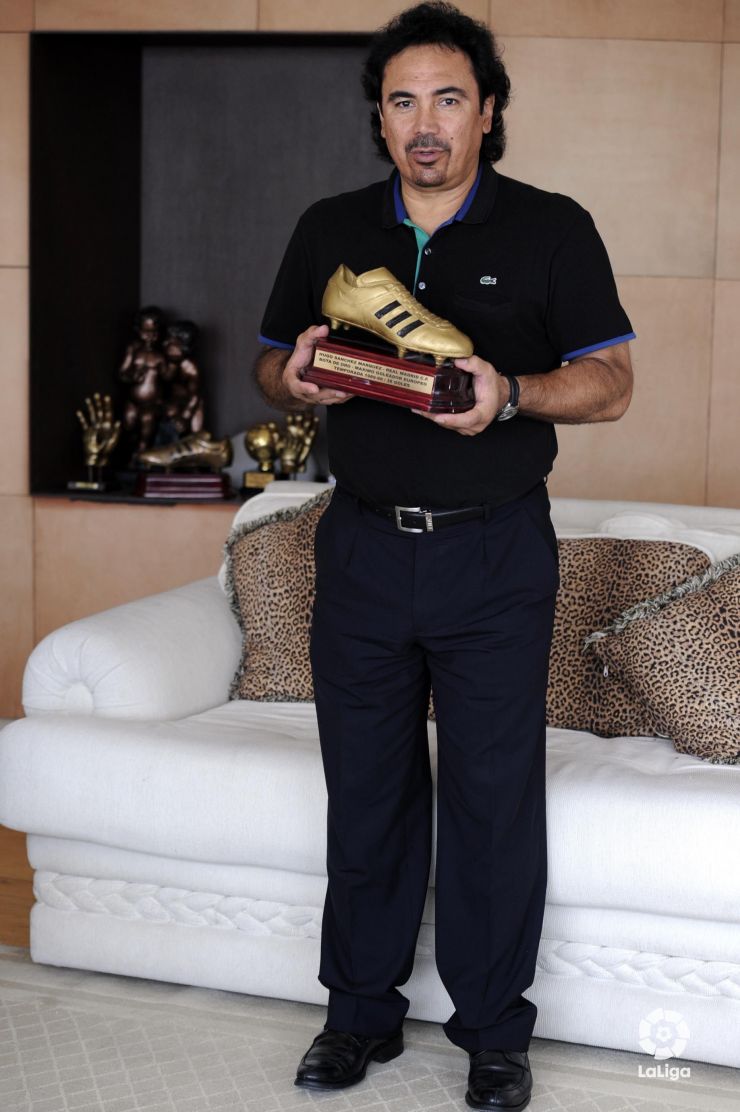 The legendary Mexican player, who is now LFP's ambassador in America, analysed the importance of the event visiting his country in an exclusive interview with the LFP.

Hugo Sánchez was one of the leading figures during the LFP World Challenge Tour's visit to Mexico, and his huge popularity provided a further trampoline for the promotion of the event, which was already highly anticipated due to the current Spanish champions' visit to the country. The legendary player spoke to the LFP in an interview in which he analysed the tour and explained what it means to him to be the LFP’s Ambassador in America.

First of all, the five-time La Liga top goalscorer spoke of what it means to his country to have the LFP World Challenge Tour stop there. "It is a privilege that this tour has come to Mexico. Previously in Mexico we had tournaments and international matches with big teams, and for teams of the stature of Atlético de Madrid to come on this tour is also fundamental for continuing to publicise Mexican football, and in this case Club América, who play in the Azteca stadium and I think it is a great place to hold a match with the current champions of Spanish football", said the ex-Club Atlético de Madrid player.

The ex-Mexico manager described the goals of the LFP World Challenge Tour. "The fundamental objective is to create better exposure for the best league in the world, and that means many of the world's countries seeing the quality and talent of the players and their teams, and the presence of outfits of the stature of Atlético de Madrid undoubtedly contributes to making the promotion better", he stated.

Hugo Sánchez mentioned the wonderful welcome Atlético de Madrid have received in Mexico in the last few days. "All the matches in Spanish football and the best league in the world are followed on television, and so Atlético have been welcomed with great affection, as is deserved by all the Spaniards and especially the football teams, because Mexico is a footballing country. Also Atlético de Madrid have gained a lot of fans here recently because of their current form", he added.

Another matter covered by the legendary striker was what it means to him to be an LFP Ambassador. "Being an LFP Ambassador is a privilege. I am very grateful to the President, Javier Tebas, for naming me ambassador in the continent of America. I was delighted to accept it the moment he asked me and I am fascinated by the work I am doing. It is a privilege and a pleasure and I’m very grateful".