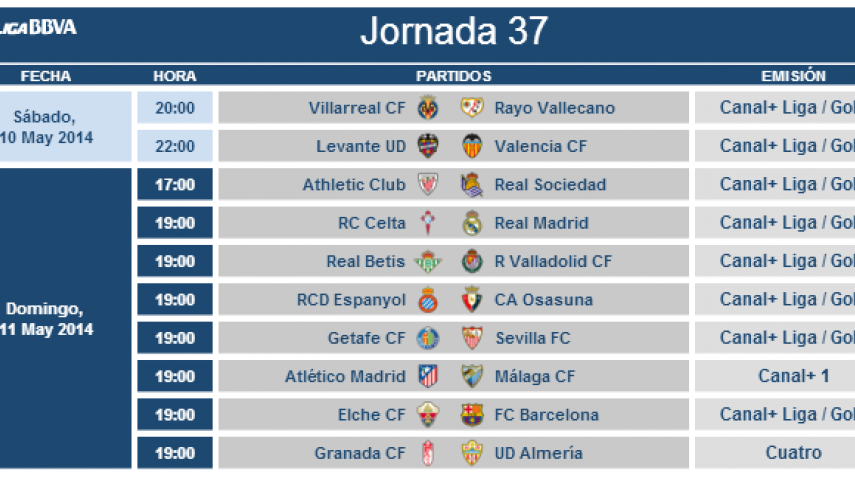 Host broadcasters for matchday 37 of the Liga BBVA

The names of the television stations that will be broadcasting the next matchday’s action have been announced.

The television operators for matchday 37 of the Liga BBVA, which will practically be played in its entirety on Sunday the 11th of May, have now been announced.

Sunday's clash between Granada and Almería at 7pm can be watched on Cuatro, while Atlético Madrid’s game against Málaga can be caught on Canal+1. All the other matches will be broadcast on either Canal+ Liga and GolTV.