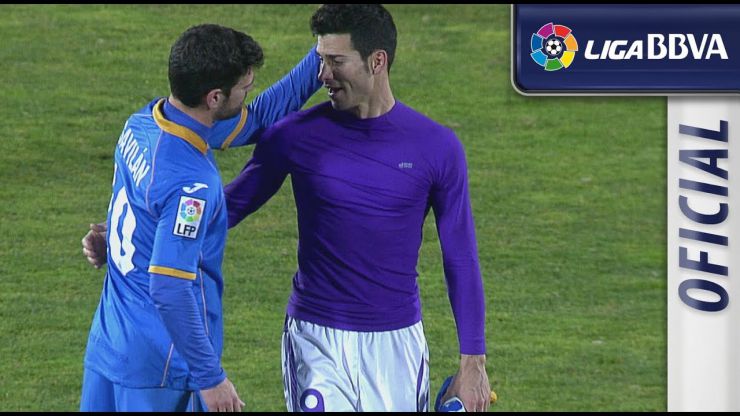 Honours even after a stalemate

Although Diego Castro could have snatched the win for Getafe in added time, the Madrid side and Valladolid were held to a goalless draw, meaning both missed out on the chance to climb the table.

Getafe and Real Valladolid shared the points after their Liga BBVA matchday 22 clash. The scoreless draw condemns Valladolid to stay in the relegation zone and further complicates matters for the club for the second half of the season, while the Madrid outfit remains stuck in the middle of the table.

Both teams started with high energy and looked to cause one another damage, but it was Valladolid that had the better of the chances during the first half. Víctor Pérez’s shot hitting off the far post and Javi Guerra’s attempts were the clearest chances during the opening 45 minutes.

The two teams employed different tactics after the break, with both managers making changes to break up the monotony. While Getafe’s Pablo Sarabia and Valladolid’s Manucho were the main sources of danger, Diego Castro could have snatched all three points for the Madrid side in added time, however, his shot hit off the post.