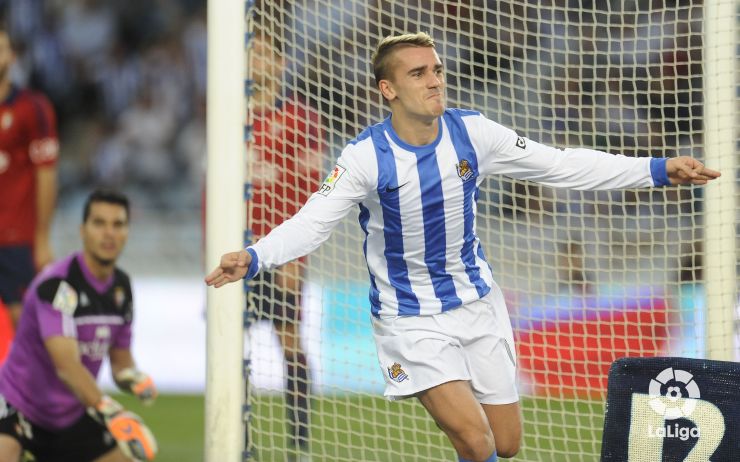 Six goals in the last four games for the Frenchman as Real Sociedad are resurgent in Liga BBVA.

The best thing about football is goals, and at Real Sociedad de Fútbol this word is a synonym of Antoine Griezmann.

The French attacker has taken the reigns at the front of the Basque side’s attack, and in the last four games has scored six goals, earning Real 10 points in the process. Two doubles against Real Valladolid CF and UD Almería, plus one in each game against Valencia CF and CA Osasuna are Griezmann’s stats over the last few weeks in Liga BBVA.

These figures take him close to his highest number of goals wearing the 'txuri-urdin' (white and blue) shirt since he arrived in San Sebastián: 10. This was last season, when his side qualified for the UEFA Champions League, a tournament where the attacker left his mark earlier in the campaign as his stunning striker helped Sociedad come through their qualifier against Olympique Lyonnais.

In the last 20 years, the Anoeta has seen goals from heroes such as Xabi Prieto, Carlos Vela, Darko Kovácevic, Nihat Kahveci and Valeri Karpin, and it seems that there is now a new name added to that list.