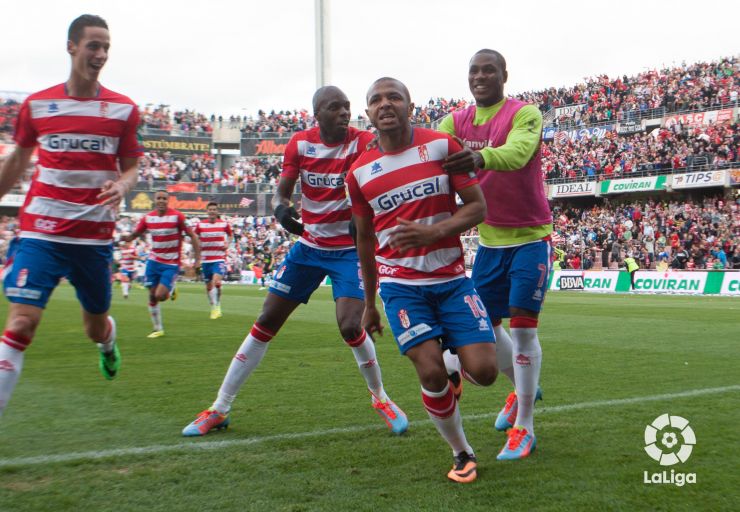 Granada and Athletic take the limelight on the Saturday

The Andalusian side beat Elche and move closer to safety, while the rojiblancos did the same against Getafe. The Espanyol-Levante and Valladolid-Rayo clashes both ended in a draw.

Granada CF and Athletic Club took the limelight on the 29th matchday of the Liga BBVA thanks to their victories against Elche CF and Getafe CF.

In the first game of the day, the nazaríes claimed a valuable victory against Elche to move closer to safety thanks to a solitary goal from Yacine Brahimi. The Andalusian side’s winger put them front in the 63rd minute after receiving a great pass from Youssef El Arabi and skilfully beating Toño Rodríguez. The home side could have extended their lead from the penalty spot following a play in which Cristian Săpunaru received his second yellow card, but Fran Rico hit the post.

The parity between Espanyol and Levante, who went into their game on the same number of points (36), was also reflected on the field of play at the Cornellà-El Prat Stadium in the second game of the Saturday (0-0). The points were also shared in Valladolid, where the pucelanos drew 1-1 against Rayo Vallecano in a battle for survival in which the Madrid side were able to salvage a point thanks to a nice goal from Alberto Bueno.

Finally, Athletic defeated Getafe CF 1-0 in San Mames thanks to an extraordinary goal from Markel Susaeta on 40 minutes. The rojiblancos continue their run of victories at home, where they have only lost once this season, while Getafe remain without the victory they need to end their long losing streak.