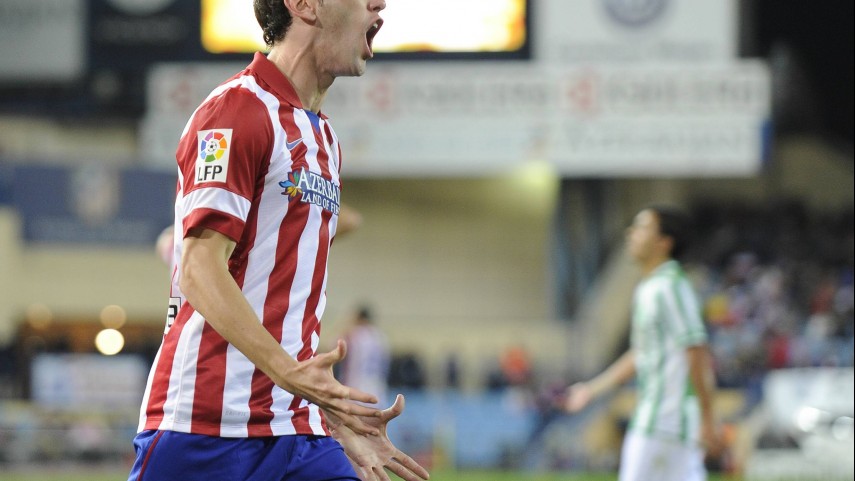 The Uruguayan defender extended his contract with the Red and Whites until June 30, 2018.

Club Atlético de Madrid and defender Diego Godín have reached an agreement for the renewal of the player's contract until the 30th of June 2018, according to a statement from the club on its official website.

Since his arrival from Villarreal CF in the 2010/11 season, the importance of the Uruguayan player to the squad has grown, and he is now a shoo-in for Diego Pablo Simeone. Together with João Miranda, his partner in the centre of the rear-guard, Godín has been a key factor in the Madrid club's recent success.

"I am happy to be able to spend more years with this club. They make me feel fantastic despite being a long way from my country, my home and my friends", stated the 27-year-old defender after signing his renewal.

Atlético sports director, José Luis Pérez Caminero, was full of praise for the Uruguayan, who he called "a very important player on the pitch who helps motivate the team in the dressing room". "This extension of his previous contract means that we continue to underpin the squad and maintain the group that is currently giving us so much to smile about", he pointed out.

So far, Godín has started all eleven Liga BBVA matches for Atlético de Madrid, with a total of 990 minutes played.