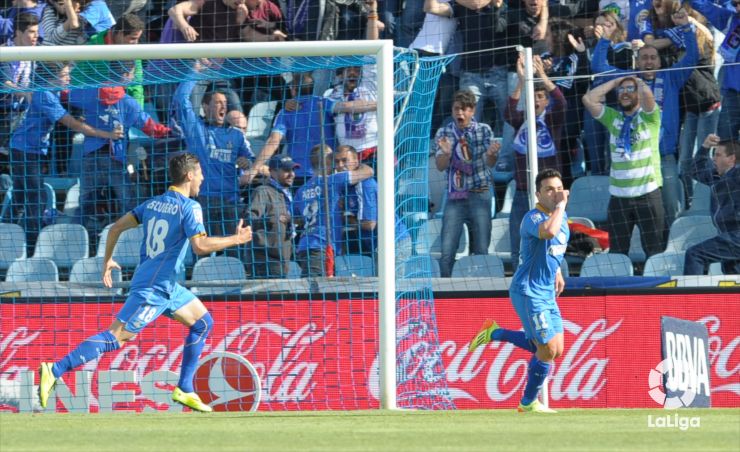 Getafe out of relegation zone with win at Málaga

The Blues won 1-0 against Bernd Schuster's side, a victory that sees them move up to 16th place in the table.

Getafe CF took three important points against Málaga CF with a 1-0 victory in the 35th round of Liga BBVA. It is a giant leap for Cosmin Contra's men in their fight for survival.

From the off, it was obvious that The Blues were more up for the game. Their quick start resulted in a goal in minute seven. Forward Adrián Colunga took advantage of a cross from Ciprian Marica, and after battling with centre back Marcos Angeleri, the Asturian forward made it 1-0. On the half hour mark, Roque Santa Cruz went agonisingly close to levelling the tie. A minute later Getafe were down to 10 with Ciprian's red card,

In the second half, Málaga grew as they looked to level things up. The home side's manager brought on Pedro León and Borja Fernández to try and hold on to the result. In the closing stages of the match, Getafe sat back, and Schuster's side were battling to find an equaliser, however it didn't come, and the score stayed 1-0.