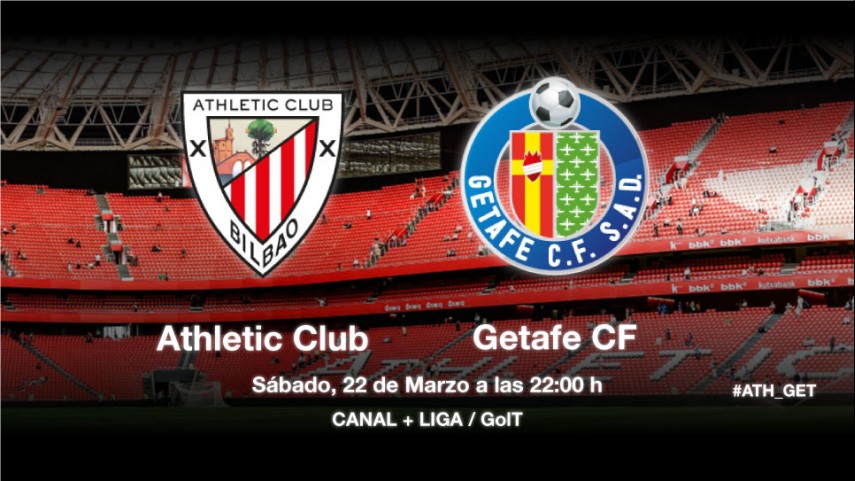 The Madrid outfit travel to San Mamés looking to frustrate the Basques, who will be without the suspended Aduriz.

Athletic Club entertain Getafe CF for matchday 29 of the Liga BBVA. While the Bilbao side will be looking for another victory to sure up European qualification for next season, Cosmin Contra's men are in desperate need of all three points to avoid slipping into the drop zone and will be hoping to put an end to a 13-match run without a single win.

Ernesto Valverde will have to juggle things around ahead of this match to accommodate for Artiz Aduriz's suspension. The Basque striker has found the back of the Getafe net on eight occasions and will have to sit out this game against his favourite victim. "This game has a special significance as they'll be treating it like a final", the Lions’ manager declared in his pre-match press conference.

Meanwhile, the Madrid side's new manager will hoping for a strong reaction from his players. Getafe need three points urgently in order to move closer to safety, but the players are aware of how tough the upcoming opponents will make it for them. Contra described Athletic as an "aggressive and well organised team. I hope they have a bad day at the office and we have a good one".